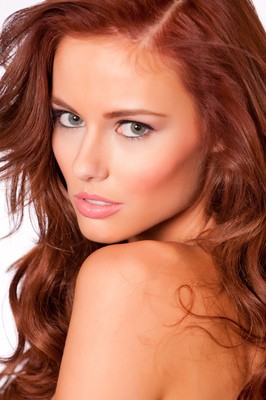 Your new Miss USA is a redhead from California named Alyssa Campanella. She is allergic to the sun.

When it came time to offer a personal anecdote, she said, “I’m obsessed with the Tudor and Stuart era,” which is surely the nerdiest thing that anyone has ever said on a show produced by Donald Trump. Or at least, it was the nerdiest thing, until she followed it up with: “I watch Game of Thrones.” 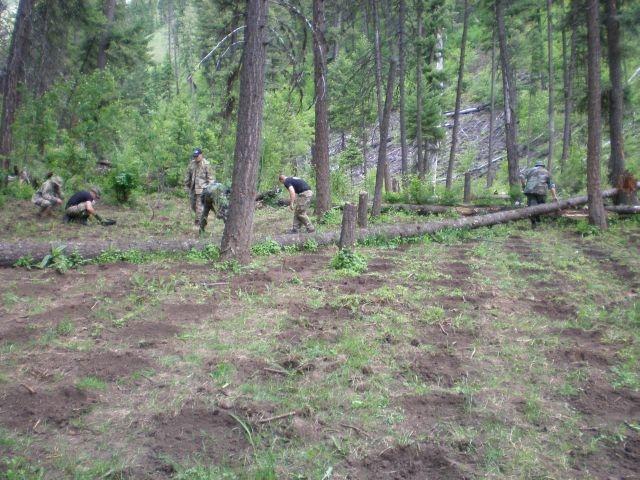 LA GRANDE, Ore. -- Oregon State Police say they have uncovered what they believe is the largest outdoor marijuana growing operation in state history.
A group of bear hunters came upon the marijuana this spring and reported it to local police. On Wednesday, a state police SWAT team and an Oregon Army National Guard air team raided the site, located in a remote section of Wallowa County in northeast Oregon.
More than 91,000 plants, ranging in size from starter plants to 10 inches, were removed or destroyed by police over a two-day period.
La Grande Police Sgt. John Shaul describes the marijuana growing operation as "staggering," and says it encompassed a more than one-mile stretch in a ravine. There were also miles of plastic irrigation tubing found.
Six suspects were taken into custody during the raid. Police found campsites and numerous weapons, including semi-automatic, long-barrel guns. There was also enough food, water and other supplies to sustain the marijuana growers for several weeks, police say.
(Source) http://www.kptv.com
Comments 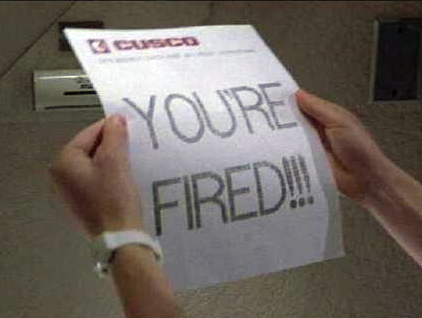 WA needs to reverse this completely ridiculous judgement about letting companies fire medical marijuana users. If they are willing to fire people using medicine then where will the line be drawn? It's funny that you don't see any companies give a shit about employees who drink their sevles to death, no do they test for anyone popping pills... So apparently it's ok to get shit faced, pop pills, hell probably even snort some coke but if you smoke some Cannabis you are FUCKED. I cannot believe that people who are in power to make these decisions don't see the problem with this.

Companies in Washington State can fire employees for using medical marijuana in a legal manner, according to a ruling by the state’s Supreme Court.

An unnamed woman training for a position with TeleTech Customer Care Management, a customer-service firm used by Sprint, was dismissed after a pre-employment drug test revealed traces of marijuana in her body. The woman demonstrated that she was authorized under the state’s Medical Use of Marijuana Act (MUMA), which was approved by voters in 1998, to use the drug for treatment of migraines. In fact, she volunteered the information when she applied for the job. But TeleTech insisted its contract with Sprint did not allow exceptions for medical marijuana.
After losing her job opportunity, the woman sued the company, but lost her case twice, once before a county judge and then in front of the Washington Supreme Court. The first judge ruled that MUMA “provides only an affirmative defense to criminal prosecution under state drug laws and does not imply a civil cause of action.” The state Supreme Court agreed, by an 8-1 vote, that TeleTech and Sprint had the right to reject an employee even if her use of marijuana was legal. Justice Tom Chambers dissented, arguing that marijuana should be treated like any other legal medication, and he recommended that the state legislature clarify the law to permit use of medical marijuana outside the workplace.
(Source) http://www.allgov.com
Comments

Miracle-Gro Wants To Help You Grow Your Medical Marijuana 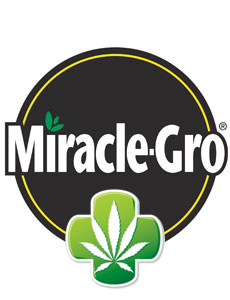 Medical marijuana is legal in 16 states and will reportedly account for nearly $2 billion in sales this year. And even though marijuana growers use any number of major brand-name plant products on their crops, the big companies have shied away from acknowledging this fact... and they certainly don't openly market to them. But the CEO of Scotts Miracle-Gro wants to change that.
"I want to target the pot market," said Scotts CEO Jim Hagedorn. "There's no good reason we haven't."
From the Wall Street Journal:
“To target marijuana growers, Scotts would likely buy niche dirt companies that already exist rather than create its own line of branded products.
Raids on pot-growing operations have turned up Scotts products. Mr. Hagedorn takes that as a good sign of brand awareness, but he fears that some growers would be reluctant to use a mainstream product.”
(Source) http://consumerist.com/
Comments 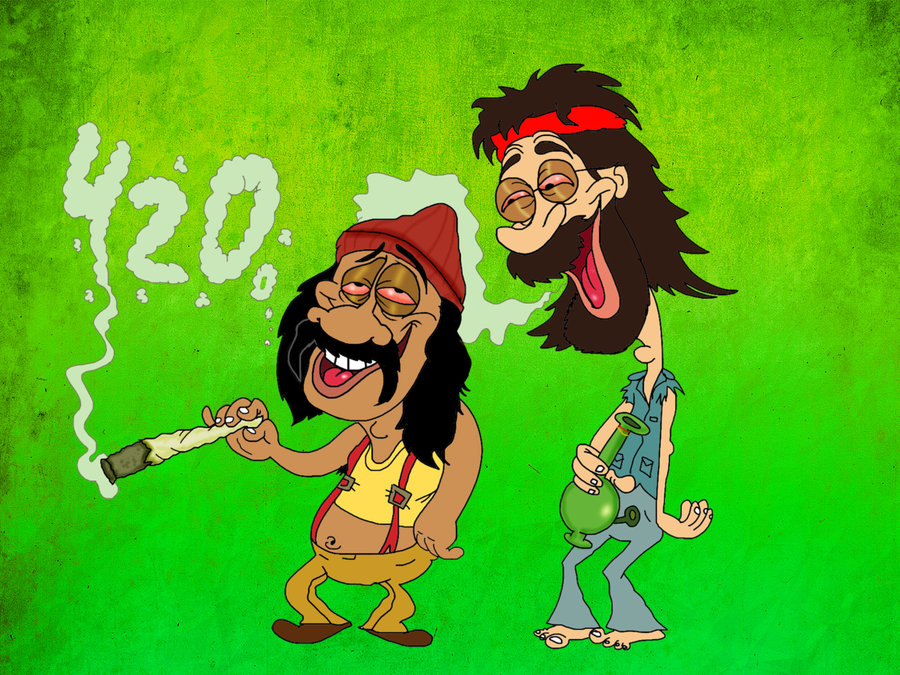 Happy 420, or as you may call it, National Marijuana Day! Oh, that crazy drug that appeals to aging hippie Baby Boomers and today's college kids alike. Although it seems to bring different generations and types of people together, public perception of pot seems to be extremely polarized, too. Staunch supporters see it as a miracle drug, while those who oppose its use and legalization condemn it as an addictive and harmful substance. The truth lies somewhere between these two extremes.

So, in honor of the popular plant plenty of pot smokers will be honoring today, I thought I'd come up with some of the most widely-spread misconceptions about weed's effect on health ...

MYTH: Marijuana causes cancer. Not sure where this myth came from, being that pot is actually effective for relief in people trying to cope with harsh cancer treatments. But someone (maybe those DARE folks?) has been spreading the rumor that smoking pot can lead to lung cancer, just like cigarettes.

MYTH: Marijuana causes brain damage. This one seems to be as old as the day is long. The common stereotype that even pot smokers themselves will laugh about. "All that weed killed my brain cells, man!"

TRUTH: Now, a couple of old hippie potheads I know very well may be a little slow on the uptake at times, but for that, I blame personality tics, astrology (you know Pisces can be all over the place), and senility -- not pot. Science has proven as well that even heavy (long-term and even daily) marijuana usedoesn't lead to brain damage. Researchers found only a "very small" impairment in memory and learning among long-term marijuana users. Score.

MYTH: Pot is a "gateway drug." Toke up one day, shoot up the next. That's what naysayers may say. Guess what else is a gateway drug? Coffee. It leads to harder stuff, like Red Bull.

TRUTH: Again, this seems like it was a cockamamie fable made up to make sure youngins don't get stoned. A study that analyzed data from the U.S. National Household Survey on Drug Abuse found that teens who tried hard drugs were predisposed to do so whether or not they tried marijuana. I've never heard of anyone who tried pot and that's why he or she moved on to harder stuff. For the most part, it seems pot smokers stick with pot.

TRUTH: "Addictive" is the wrong word here. "Dependence" may be more fitting. And that, experts know, is not the result of anything in the marijuana itself. In other words, it doesn't have a compound that is similar to nicotine, and there are little to no withdrawal symptoms. If someone seems "hooked" on the herb, it's because he or she has an addictive personality or leans on pot to self-medicate.

MYTH: Marijuana impairs the immune system. As with any drug, there are rumors floating around that smoking up will inevitably wreck your ability to fight off illness.

TRUTH: No one really knows for sure what, if any, effect pot has on immunity. Studies have shown it affects the immune system in some way, but researchers couldn't tell you what. And there are no human studies to date that connect that effect with increased infection. So, I wouldn't worry about it too much, man. 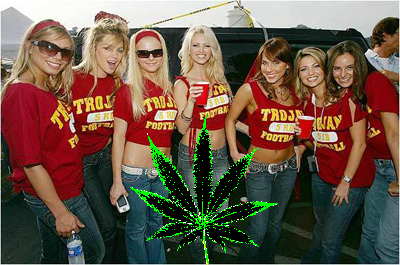 SANTA CRUZ -- Adding to UCSC's logistical headache in dealing with the thousands of people expected to flood campus for the annual 4/20 cannabis-culture festivities Wednesday, graffiti found on campus in March threatened violence on the same day.
The event celebrating marijuana, similar to parties held across the country on April 20 every year, is not sanctioned by the university but continues to draw large crowds each year nonetheless.
In March, UCSC officials were informed of several swastikas scrawled in men's restrooms in the McHenry Library and Porter College. The Porter College graffiti also included a message that read: "Blood will be shed @ UCSC, 4/20/11."
UCSC officials, citing security concerns, declined to offer details about how the campus will be policed Wednesday.
"Given that the 4/20' event regrettably brings many extra people to campus that afternoon, I can say we routinely bring in extra officers in an effort to minimize the impact of that event on the campus. That will be the case again on Wednesday," UCSC spokesman Jim Burns said.
A letter from UCSC Chancellor George Blumenthal issued to the campus shortly after the graffiti was discovered said that it was being investigated by UCSC police as a potential hate crime.
It is unclear if the chosen date has any connection to the crowds expected on campus. Pointing out the swastikas accompanying the message, some have noted April 20 also is Nazi leader Adolf Hitler's
In December, graffiti was found in a Social Sciences 2 men's bathroom that threatened violence Jan. 18. The campus was alerted to the threat, some teachers canceled classes, police presence was augmented and then the day passed without incident.
Many students on campus said Monday they were unaware of the most recent threat, and, even when informed of the specifics, would not change their plans for Wednesday.
"Last year on 4/20 there were a ton of cops around everywhere, so I don't know how much safer it could get," UCSC sophomore Julian Rifkin said. "I'm not at all worried. I feel safe on this campus."
(Source)
Comments