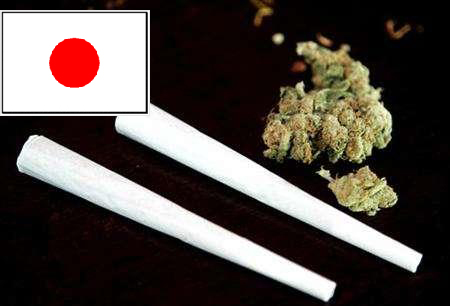 LAKEWOOD - A medical marijuana business is donating 100 percent of the profit from marijuana joints to earthquake and tsunami victims in Japan.
Compassionate Pain Management's owner Shaun Gindi says he saw the devastation in Japan on the news, and floated the idea of donating some of his profits to help on Facebook.
After he got tons of positive feedback, he started brainstorming ideas for the campaign. After rejecting names like "Bake for the Quake" and "Joint Relief," he settled for what he thought was a more appropriate name of "Joints for Japan."
At Compassionate Pain Management's two locations in Lakewood and Louisville, joints sell for $5 a piece for those with a medical marijuana card and prescription. Gindi has promised 100 percent of the profits from those sales for at least the next two to three weeks to go to the Red Cross for recovery efforts in Japan.
Because marijuana remains illegal in the eyes of the federal government, charitable giving is not recognized as a write-off. Gindi says his donations are completely from the heart.
(Source)
Comments 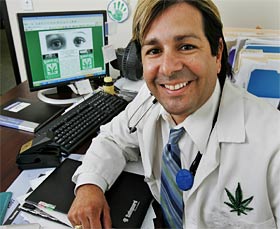 Medical marijuana advocates have known for a long time that cannabis is an effective treatment for their patients who suffer from chronic pain, and recently released scientific studies from UC San Diego's Center for Medical Cannabis Research support this claim with solid evidence. San Jose 420 Evaluations, a medical marijuana dispensary, explains chronic pain and the various recent studies' conclusions about how marijuana helps alleviate its symptoms.
Pain, a signal from the nervous system to the brain that alerts it to possible injury, can be very useful. Chronic pain, wherein according to the National Institute for Health, "pain signals keep firing in the nervous system for weeks, months, even years," can cause terrible suffering in people's daily lives. According to the American Pain Foundation, 50 million Americans suffer from persistent pain each year, causing sleep difficulties, absenteeism at work, social effects and other related hardships. According to an article in TIME Magazine, $50 billion is spent on it annually in this country. Chronic pain may result from an injury, come with age, or be associated with other ailments.
The National Pain Foundation explains that the human body contains cannaboid receptors in the brain, spinal cord and immune system. Cannaboids, including tetrahydrocannabinol (THC), a chemical compound found in marijuana, react with the cannaboid receptors to alleviate symptoms of pain.
Recent controlled studies have demonstrated marijuana's effectiveness on treating chronic pain associated with a number of other diseases. UC San Diego's Center for Medicinal Cannabis Research found that, among other things,
Marijuana helps neuropathic pain that is unaffected by aspirin and fairly resistant to opiods.
HIV patients with neuropathic pain showed a 34% reduction in reported pain when they smoked 3 marijuana cigarettes per day, as opposed to 17% in the control group.
Another study found that two groups of patients suffering pain associated with a variety of other ailments experienced a 46% pain decrease when they smoked, compared with 27% in the control group.
Spasms and pain related to Multiple Sclerosis were reduced by 32% and 50%, respectively, compared with 2% and 22% in the control subjects.
Prescription pain killers can have many undesirable side effects including constipation, drowsiness, dizziness, confusion, and lowered sex drive, not to mention tolerance and addiction. Side effects of marijuana tend to be much milder, if present at all.
(Source)
Comments 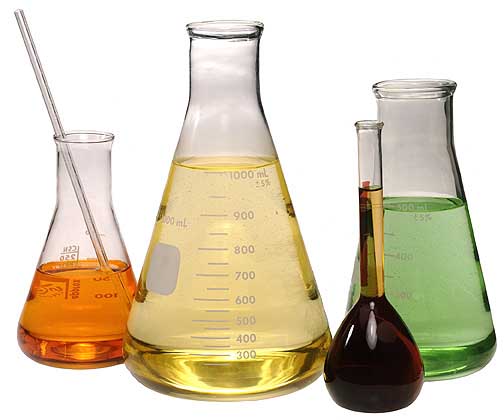 Scottish patients and doctors are anxiously awaiting the decision of whether or not a cannabis-based drug will be approved for use to treat patients. The drug, called Sativex, is a mouth spray that would help relieve problems associated with multiple sclerosis like aching spasms and other mobility issues. The drug was developed by doctors after some people broke the law to obtain the drug in an effort to relieve their symptoms.

Scotland, which has more than 10,000 sufferers of MS, making it one of the highest in the world, faces opposition on both sides of the argument. For example, Dr. Jayne Spink of the MS Society said that the new drug has gone through plenty of testing and has been helpful to MS patients who haven’t responded will to other types of treatments. “We think the treatment should be available to anyone who needs it”, she said.

On the other hand, people like Michael Morgan, husband of an MS sufferer, who believes that the decision in favor of the drug would be nothing more than a soul-destroying decline. “There are hard-working chemists out there creating ways to help people like Michelle, only to have their methods squashed by bureaucrats”, he said. “What hope can we have that other new treatments for MS – like stem cell research – won’t be blocked too? We’re just clutching at straws”.

No one knows exactly when the decision will be made, but Dr. Simon Fletcher said there was not yet enough evidence supporting the drug.

When Brooklyn Was a Marijuana Town 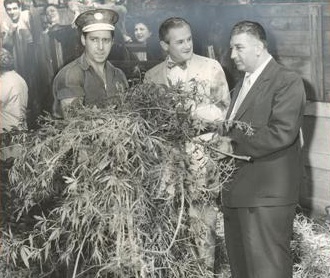 In the summer of 1951, the Department of Sanitation uprooted and destroyed more than 17,000 pounds of marijuana growing in Brooklyn lots. At the time, the entire city was a "marijuana jungle," Ben Gocker wrote on the Brooklyn Public Library's Brooklynology blog in January, with plants as tall as Christmas trees sprouting from the borough's "marijuana plantations," amounting to millions of dollars worth of the drug. Brooklyn had the city's second largest haul, just slightly behind Queens.
The plants tended to grow in "anonymous vacant lots": on Avenue X; near the 3 train's present-day New Lots terminus (at the corner of Livonia and Warwick); and at 82 Butler Street in Cobble Hill, where more than 100 pounds of pot were discovered in 1953. Plants grew on the banks of the Newtown Creek in "lush impudence," according to a historic Brooklyn Eagle article quoted by the Carroll Gardens Patch. Confiscated crops were taken to Woodside, where they were incinerated.
Patch also dug up a 1951 New Yorker article, in which a reporter travels with the chief sanitation inspector on a sweep of Brooklyn:
“We can’t hope to wipe it out entirely,” Gleason told the magazine’s reporter. “A lot of it is planted, but the weed grows freely here, and most of the marijuana in the city is probably in the back yards of people who don’t know what it is, and therefore don’t report it. Each plant bears clusters of seeds that are blown away by the wind and sprout elsewhere.”
(Source)
Comments

Could California's Medical Marijuana Crop Be Tainted by Japanese Radiation? 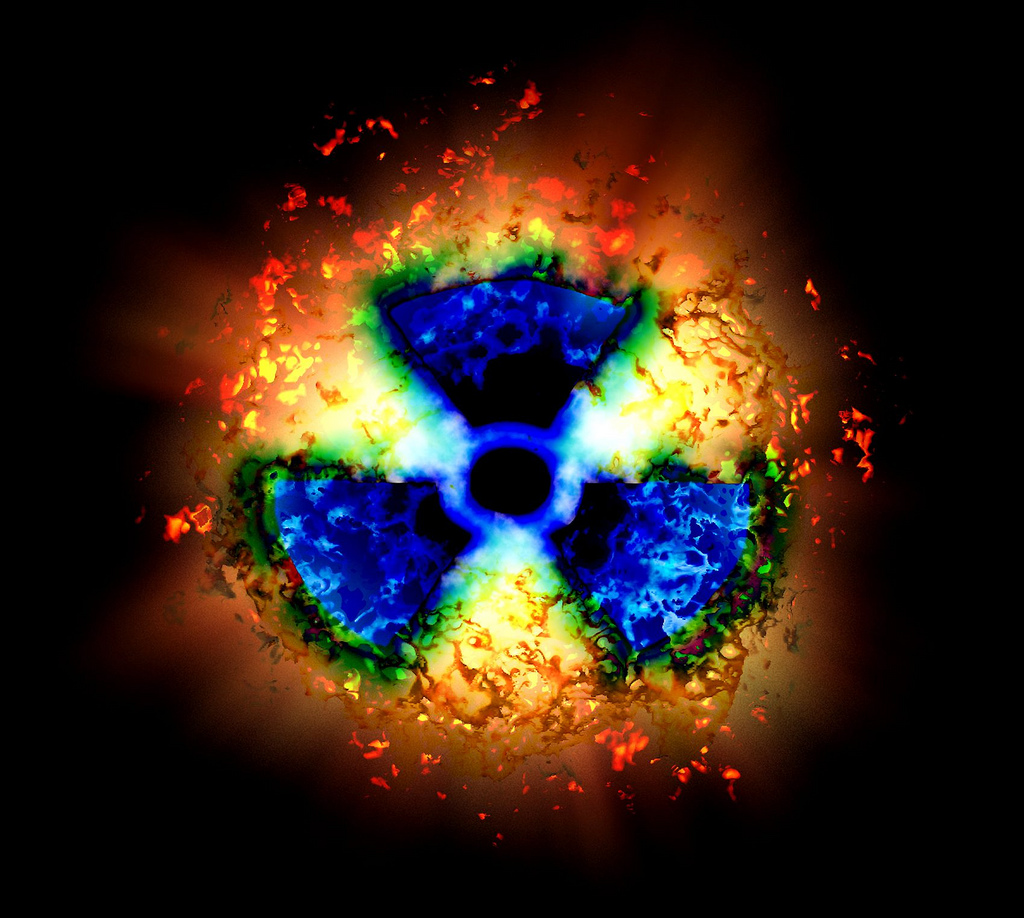 This passes for a serious concern in California.

Our precious multi-billion-dollar marijuana crop could possibly maybe be threatened by radiation from Japan.

And who wants their green glowing, well, green?

It's a question posed with a sober voice in the 420 Times, a publication that explores the finer points of cannabis politics.


Actually, if you smoke weed everyday and you don't want your lungs looking like a glow-stick light show at a rave, maybe you should consider it.

420 Times brings up the question of whether -- if the situation at Fukushima Daiichi Nuclear Power Station continues to smolder -- we'll have to consider the safety of outdoor marijuana and turn to hydroponic-only.

The publication goes on to seriously doubt your bud will turn into a radioactive dud this far away from Japan.

But if you're, um, paranoid (and we know you are), it offers these tips for the medically dependent:

So unless somehow you happen to be growing and ready to harvest outdoor crops in the next two weeks and an amount of radiation escapes that's huge enough to affect us here in California, you don't really have to worry. But if you want to be extra careful, you should wash off the leaves and buds of any plant that grew in contaminated conditions, and you'd still probably want to do a water cure for the safest result. 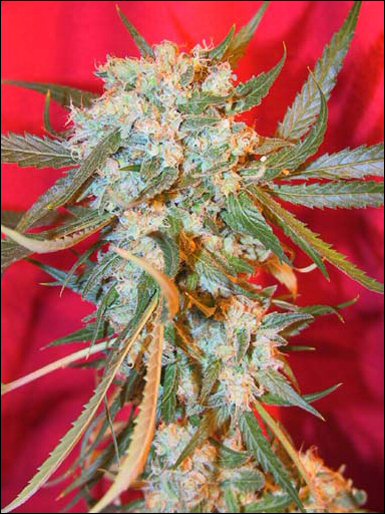 A KENDAL student who helped supply cannabis to one of his friends has landed before a judge at Carlisle Crown Court on a drug dealing charge.

Mark David Langhorne, 20, was arrested after a drugs raid on his flat in Well Ings on May 4 last year.

He was found with a small package of cannabis, while “incriminating” text messages were found on his mobile phone, prosecutor David Dunk told the court.

These showed he had been regularly contacted by a man known as “Josh W” about the supply of cannabis, he said.

Langhorne pleaded guilty to being concerned in the supply of cannabis.

But he did so, defence advocate Chris Evans said, only on the basis that, being a regular drug user, he knew where to get cannabis, while his friend “Josh W” did not.

So, Mr Evans said, for a few days Langhorne acted as a go-between between the drug dealers and his friend.

He made no financial profit from it, he said, but received small amounts of cannabis from the dealers for his trouble.

Mr Evans said Langhorne had now “distanced himself” from his drug-using friends after realising that his use of cannabis was “just a complete waste of time”.

The judge, Recorder Kevin Talbot, told Langhorne that unless he stopped committing such offences he would end up in prison.

“That would be nothing short of a disaster for you and your family,” he said.

Langhorne was put under probation supervision for a year and made to do 200 hours unpaid community work.