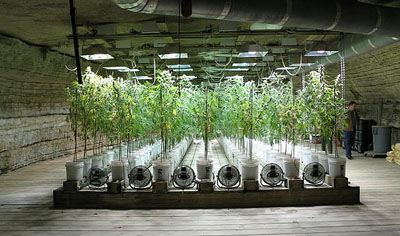 Smoking weed? fairly legal, especially if you have a doctor's recommendation. Having personal-use weed? Same deal. Growing weed? Not so much.

Strange, because, if medical marijuana is legal in California, and it's sold at hundreds of outlets in L.A., the pot-shop capital of American, someone has to grow it, right?

A bill by Assemblyman Tom Ammiano seeks to address this strange gray area when it comes to California pot law. It would ...

... change the cultivation charge in California from an automatic felony to an optional one, giving district attorneys across the state the option of going for a lesser, misdemeanor violation.

"When it comes to marijuana cultivation, one size does not fit all. The proposed change affords local District Attorneys the charging discretion to determine, for example, that a home gardener with a few non-medical marijuana plants will not be prosecuted at the same level as a profiteer operating a major marijuana plantation.

Of course, as our friends at SF Weekly note, not all D.A.'s are cannabis friendly. And that would certainly be the case in L.A., where Steve Cooley has said that most dispensaries here are illicit because, he says, they operate on a for-profit basis contrary to state law.

So, growers in L.A., good luck, even if this thing passes. 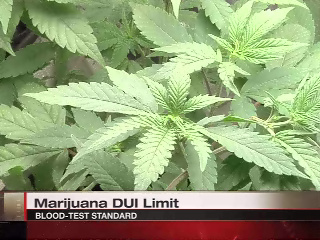 DENVER (KABC) -- Colorado could soon have some new rules affecting marijuana users who may be driving under the influence.

Lawmakers are considering a driving under the influence blood-content threshold for marijuana.

Under the proposal, drivers who test positive for 5 nanograms or more of THC, the psychoactive ingredient in marijuana, would be considered too impaired to drive.

One of the bill's sponsors is trying to assure medical marijuana users that they're not going to be stopped if they're driving appropriately.

While it's already illegal to drive while impaired by drugs, states have taken different approaches to the issue. Twelve states, including Arizona, Michigan, Illinois, Iowa, and Rhode Island, have a zero-tolerance policy for driving with any presence of an illegal substance, said Anne Teigen, policy specialist at the National Conference of State Legislatures. Minnesota has the same policy but exempts marijuana.

Nevada, which is among the 16 states that allow medical marijuana, and Ohio and have a 2 nanogram THC limit for driving. Pennsylvania has a 5 nanogram limit, but that's a state Health Department guideline, which can be introduced in driving violation cases, Teigen said.

Oklahoma Mom Gets 10 Years for Selling $31 of Marijuana 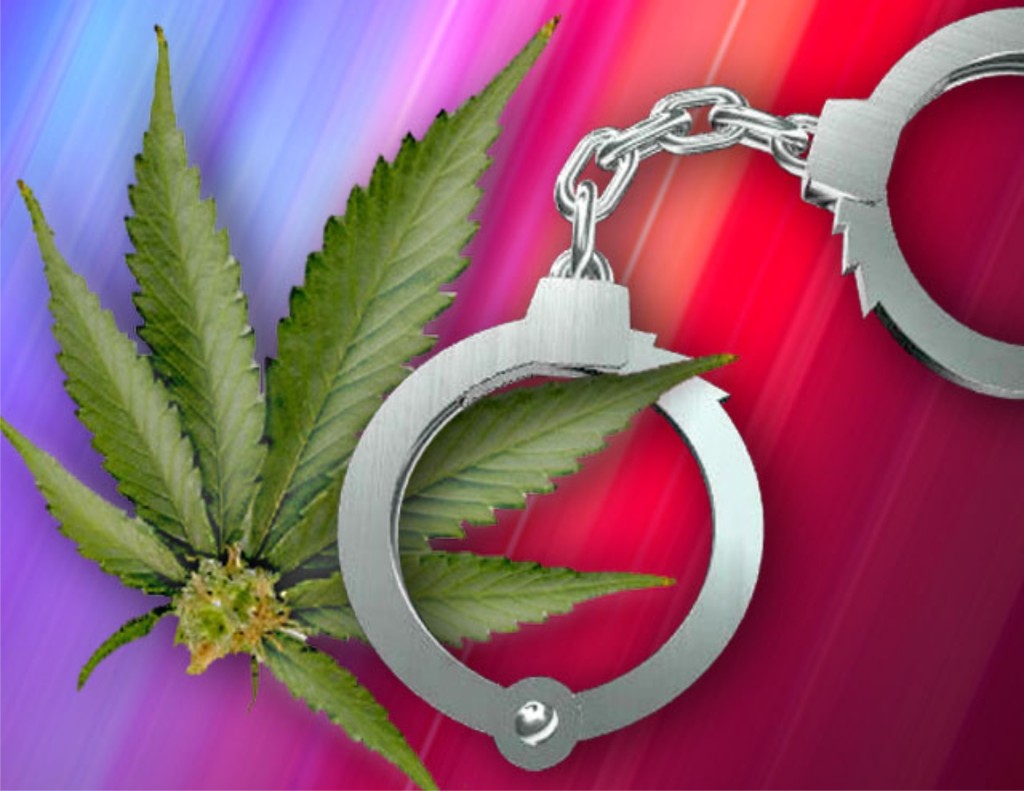 An Oklahoma woman has been sentenced to 10 years in prison for selling $31 of marijuana. Patricia Marilyn Spottedcrow, a 25-year-old mother of four, and her mother, Delita Starr, 50, sold an $11 dime bag to a police informant in Oklahoma on Dec. 31, 2009. The informant returned two weeks later to buy $20 of marijuana. Spottedcrow, who worked in nursing homes before her arrest, told The Oklahoman she did it to get some extra money. The women were charged with drug distribution and possession of a dangerous substance in the presence of a minor, because Spottedcrow's children were in the house during the transaction. They were offered plea deals of two years in prison but decided to enter a guilty plea instead, a gamble they took because neither had prior convictions and because the amount of drugs sold was so small. The gamble did not pay off. Spottedcrow was given sentences of 10 years in prison for distribution and two years for possession, to run concurrently. When she was picked up to be taken to prison, she had marijuana in her jacket pocket, which led to another two-year concurrent sentence and a fine of nearly $1,300. Starr received a suspended sentence of 30 years with no incarceration and five years of drug and alcohol assessments. Spottedcrow began her sentence at Eddie Warrior Correctional Center three days before Christmas. 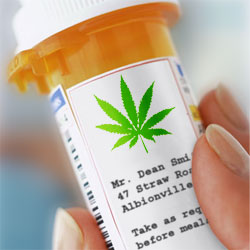 A TIMARU cancer patient facing a jail term for growing cannabis he uses to alleviate pain says he will go on a hunger strike if he gets locked up.

Peter Davy, 51, has pleaded guilty to cultivating cannabis and to other related drug charges, but says he uses the drug only for medicinal purposes for himself and his partner, who suffers from multiple sclerosis.

It is not the first time he has been before the courts on drug charges and the judge indicated that when Davy is sentenced on March 16 he can expect to receive a jail term.

But Davy is refusing to go quietly.

"I will be going on a hunger strike the moment I am given a prison sentence and I absolutely do not want to be force-fed under any circumstances. I will also be refusing all cancer medication.

"I am 100% committed to continuing with a hunger strike until I am dead," said Davy. "I hate confrontation and I hate publicity, but I have nothing to lose and somebody has to make a stand... or nothing ever changes."

Davy, who has done extensive research into the medicinal benefits of cannabis, says he started smoking cannabis only after he was diagnosed with a pituitary tumour 10 years ago and discovered it helped alleviate the symptoms better than any drugs the doctors could prescribe him.

"Not one legal drug had the slightest beneficial effect. They turned me into a zombie, slowed my brain to a standstill and made it feel like mush, made me suicidal," he said. In desperation he tried cannabis, and it helped.

He did not support the use of cannabis as a recreational drug and accepted its potentially dangerous side, but he believed that for people like himself and his partner, who were in constant pain because of terminal illnesses, cannabis use should be permitted.

Cannabis can cure cancer. There is scientific proof. But the medical industry doesn't want you to know. 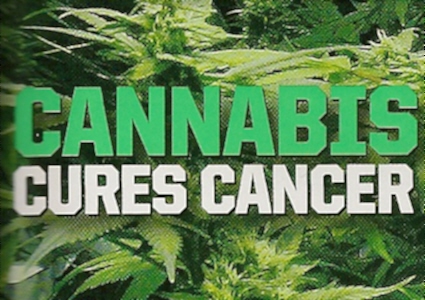 Listen very closely because this post is important. Recently I have come across different documentaries all speaking of the intense medical potential with hemp oil. It can cure cancer. But also other illnesses. And to anyone who doesn't want to get high, you don't have to. The oil doesn't do that.

To put it simply: Certain compounds in cannabis including THC attack only cancer cells while protecting healthier cells.

Endocannabiniods that exist in Cannabis exist naturally in the human body. They are part of your nervous and immune systems. Whether or not you smoke pot you have these chemicals already present in your body. Some have them more then others, some have them less. They act as tumor regulators, mood regulators, anti-depressant, anti-inflammatories and so on.

This is the case of Rick Simpson. Rick Simpson had a serious head injury in 1997. He sought relief from his medical condition by using medicinal hemp oil. Rick then discovered that hemp oil cures cancer as well as other illnesses. He tried to share it as many people as he could. (He now claims to have helped around 2500 people.)
But when his story went public the authorities snatched the medicine - Leaving potentionally thousands of people without their treatmant - and leaving Rick with charges of possessing and traficking marijuana.

Watch the documentary about him entitled Run From The Truth: The Rick Simpson story. In it, among other things, we are told of people who were not allowed to testify on Rick's behalf during his trial. Including a man who was CURED of terminal cancer by Rick.

The documentary can be found on YouTube.
http://www.youtube.com/watch?v=pjhT9282-Tw
However you can also download the documentary for free on this website. I find that to be easier.
http://www.phoenixtearsmovie.com/

Pay a visit to Rick Simpsons website. It is full of information and there are instructions on how to make your own medicinal hemp oil if you suffer from illness.
http://phoenixtears.ca/