Warning: date(): It is not safe to rely on the system's timezone settings. You are *required* to use the date.timezone setting or the date_default_timezone_set() function. In case you used any of those methods and you are still getting this warning, you most likely misspelled the timezone identifier. We selected the timezone 'UTC' for now, but please set date.timezone to select your timezone. in /home/thcfinder.com/public_html/includes/functions.php on line 98
 NYC Moms Smoking Pot To Unwind | Culture Marijuana Blog | THC Finder - THC Finder 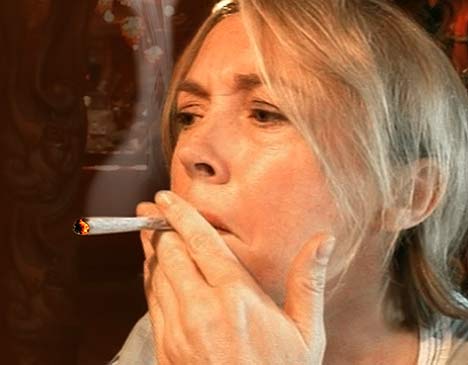 More moms are tokin', according to a trend piece in today's New York Post. Among the research, the article features anecdotal evidence from Brooklyn mothers and the director of the New Jersey branch of the National Organization for the Reform of Marijuana Laws (NORML).
“A lot of moms are telling us they’re not drinking anymore — that they’re replacing it with marijuana,” Chris Goldstein, executive director of the New Jersey branch of NORM , told the Post.
A Brooklyn mother agrees, “some moms are drinking very early in the day, starting around 4,” says Erica, whose name has been changed. “I would rather smoke a bowl, take the edge off and go about my day.”
The piece claims moms are using the drug for more than just unwinding, but also as a way to bond with their kids and experience the world from their perspective. “We have so much fun,” says Jennifer told the Post. “We read books and play and joke around and giggle.” Another mother noted that she felt it was easier to communicate with her pre-verbal child when she was high.
(Source) http://www.huffingtonpost.com
Comments