Warning: date(): It is not safe to rely on the system's timezone settings. You are *required* to use the date.timezone setting or the date_default_timezone_set() function. In case you used any of those methods and you are still getting this warning, you most likely misspelled the timezone identifier. We selected the timezone 'UTC' for now, but please set date.timezone to select your timezone. in /home/thcfinder.com/public_html/includes/functions.php on line 98
 Nazi Twins Now Pot-Smoking Liberals | Culture Marijuana Blog | THC THC Finder 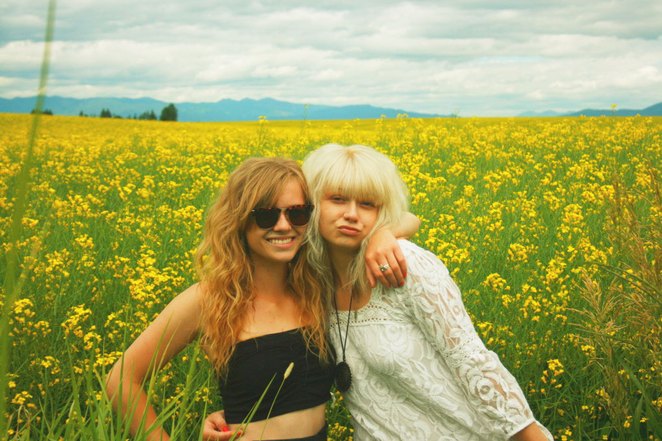 Tween twins Lynx and Lamb Gaede, who sparked controversy years ago with their neo-nazi rock band Prussian Blue, have grown up and changed their ways – disavowing the White Nationalism they once championed for diversity and smoking marijuana.
Now 19, the Gaede girls’ new perspective on life is a jarring contrast to the one they held only six years ago. Back then, Lynx told ABC News, “We’re proud of being White, we want to keep being White. We want our people to stay White [….] we don’t want to just be, you know, a big muddle. We just want to preserve our race.”
The twins’ move towards liberalism started to take shape during a 2006 European tour, where they were billed with Swedish White Nationalist singer Saga. During their set, the girls did a rendition of Bob Dylan’s “Knocking on Heaven’s Door,” which was received with boos and jeers from the mostly-skinhead audience.
Although they never had any chart success, Prussian Blue did get a lot of press – as “the new face of hate” from a media that the two claim “misrepresented them and sensationalized their beliefs.” The stress took its toll on both of the girls – doctors had to remove a cancerous tumor from Lynx’s shoulder during her freshman year of high school, and she developed a rare condition called CVS, cyclic vomiting syndrome. Lamb suffers from scoliosis and chronic back pain, as well as lack of appetite and intense emotional stress.
During several of her conversations with The Daily, Lamb “burst into tears as she agonized about how to balance her love for her mother with her desire to let the world know that the girls have moved on,” the online paper writes.
Their attempts at finding a cure to their ills led through an array of alternative medicine treatments, which, eventually came to medical marijuana. Lynx claims it “saved [her] life” and she “would be dead without it.” They two have now become advocates for legalizing the drug, and hope to make it legal across America.
(Source) http://www.therightperspective.org
Comments