Warning: date(): It is not safe to rely on the system's timezone settings. You are *required* to use the date.timezone setting or the date_default_timezone_set() function. In case you used any of those methods and you are still getting this warning, you most likely misspelled the timezone identifier. We selected the timezone 'UTC' for now, but please set date.timezone to select your timezone. in /home/thcfinder.com/public_html/includes/functions.php on line 98
 Pot-for-cancer caregiver faces 8 years | Culture Marijuana Blog | THC THC Finder 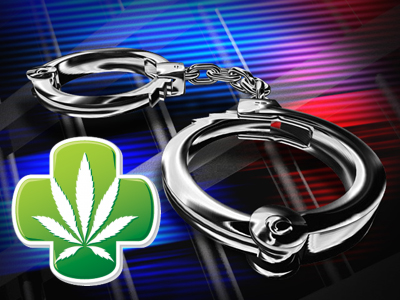 A card-carrying medical marijuana caregiver who was growing marijuana in his backyard to treat his wife's stage-3 breast cancer will be sentenced Thursday for manufacturing marijuana.
Gary Alan Katz, 59, pleaded guilty in June to manufacturing marijuana, a charge that resulted after officers with the Livingston and Washtenaw Narcotics Enforcement Team raided his home Aug. 10.
Both the defendant and his wife, Jeanne Katz, who was not charged in the case, declined to comment. Attempts to reach Gary Katz's attorney were unsuccessful.
"The fact you're doing a good thing on the side doesn't justify" illegal behavior, Prosecutor David Morse said when asked why Gary Katz was charged.
"We cut the guy some slack. There were guns recovered," Morse said. "He could have been charged as a felon in possession of a firearm. ... I recognize he may have been doing some good things there, but there are other ways to help."
Morse said Jeanne Katz was not charged because she had no liability in the found marijuana.
Gary Katz's prior criminal history includes a conviction for delivery/manufacturing of marijuana. He faces up to eight years in prison when sentenced Thursday on the manufacturing charge.
(Source) http://www.livingstondaily.com
Comments