Warning: date(): It is not safe to rely on the system's timezone settings. You are *required* to use the date.timezone setting or the date_default_timezone_set() function. In case you used any of those methods and you are still getting this warning, you most likely misspelled the timezone identifier. We selected the timezone 'UTC' for now, but please set date.timezone to select your timezone. in /home/thcfinder.com/public_html/includes/functions.php on line 98
 Teens may be charged for pot brownie prank | Culture Marijuana Blog | THC Finder

Teens may be charged for pot brownie prank 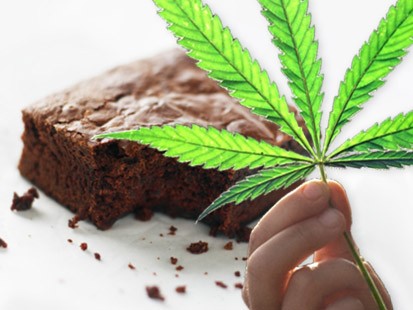 A trio of teenagers in downstate Illinois are looking at a possible criminal record after police say they baked a batch of marijuana brownies and handed them out to unknowing victims.
The O’Fallow Township High School students were attending summer band camp where the incident allegedly took place. Besides facing criminal charges, the school may also take disciplinary action, according to STLtoday.com.
O’Fallon police Sgt. Rob Schmidtke told the site, “Anytime anybody is given drugs or something else without their knowledge that can obviously be a health hazard. We won’t let this slide. It could have been a very big deal.”
Police were tipped off via a fellow student who had learned about the prank and alerted a school administrator.
Schmidtke says the three teens confessed to lacing the brownies, adding, “It could have been an interesting band practice.”
O’Fallon Police Chief John Betten told the Belleville News Democrat, “No charges have been filed at this point and the case is still under investigation,” and that fortunately there were no “reports of problems” for any of the band members that ingested the pot-laced baked goods.
“Maybe [the teens] didn’t do a very good job of making them,” he added.
(Source) http://www.imperfectparent.com
Comments