Warning: date(): It is not safe to rely on the system's timezone settings. You are *required* to use the date.timezone setting or the date_default_timezone_set() function. In case you used any of those methods and you are still getting this warning, you most likely misspelled the timezone identifier. We selected the timezone 'UTC' for now, but please set date.timezone to select your timezone. in /home/thcfinder.com/public_html/includes/functions.php on line 98
 Do you consider marijuana riskier than alcohol or tobacco? | Culture THC Finder

Do you consider marijuana riskier than alcohol or tobacco? 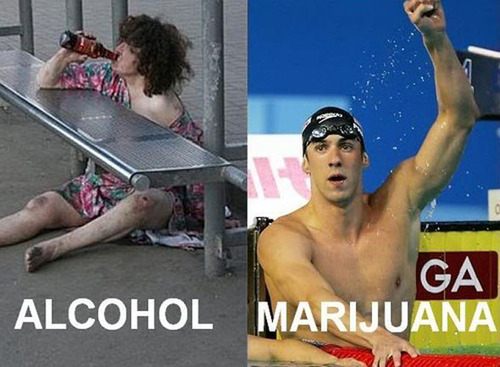 More than half of British Columbians believe marijuana use is less harmful than alcohol use, according to a new Angus Reid Poll.
Of the poll's 800 respondents, 59 per cent said they believe regular marijuana use is less harmful than regular alcohol use. It also found that 54 per cent believe marijuana is neither dangerous nor addictive. Moreover, 51 per cent said they do not think marijuana is a gateway drug that could lead to the use of other dangerous drugs like heroin.
The poll was commissioned by Stop the Violence BC, an advocacy group for the legalization of marijuana, with a focus on "broadening the public's understanding of the link between cannabis prohibition and gang violence."
The poll results coincide with another report that found funding for anti-marijuana law enforcement in both Canada and the United States has failed to decrease the marijuana supply.
According to the report, also released by Stop the Violence BC, at least $260 million has been spent in anti-drug efforts since 2007, but there has nonetheless been a 70 per cent increase in arrests for cannabis-related offenses.
Dr. Evan Wood, founder of Stop the Violence BC, also said that B.C. youth currently has easier access to marijuana than to tobacco and alcohol.
When we asked the CBC Community "Should marijuana be legalized?" in an unscientific survey, 90 per cent of over 25,000 responses answered "Yes."
(Source) http://www.cbc.ca
Comments