Warning: date(): It is not safe to rely on the system's timezone settings. You are *required* to use the date.timezone setting or the date_default_timezone_set() function. In case you used any of those methods and you are still getting this warning, you most likely misspelled the timezone identifier. We selected the timezone 'UTC' for now, but please set date.timezone to select your timezone. in /home/thcfinder.com/public_html/includes/functions.php on line 98
 Ten Of The Strongest Strains Ever | Culture Marijuana Blog | THC THC Finder

Ten Of The Strongest Strains Ever 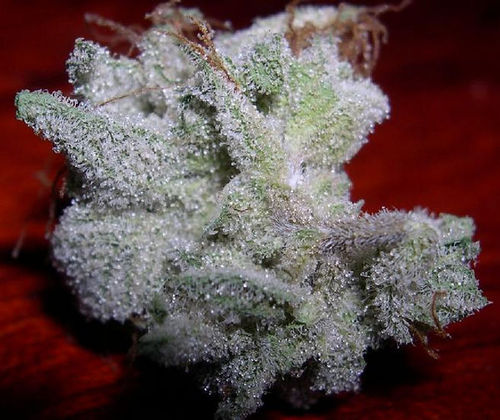 Weed has come a long way since it was a mass of brown seeds and stems in a bag being sold for $10. The care that goes in to growing these days is ridiculous and the products are unrivaled. Growers produce some of the most potent cannabis these days, for both medical and recreational use. The following are ten of the top most potent strains known to smokers this far.
Bruce Banner #3
With a percentage of 28.35 THC, Bruce Banner #3 will knock you out! This strain is extremely potent and at the top of the list. You’ll love the Bruce Banner #3 strain for sure.
A-Dub
A medical hybrid, A-Dub comes in with 27.72% THC. It’s incredibly potent and tastes amazing! Give this strain a chance and you surely won’t be disappointed. A-Dub is a strain that should be in every stoner’s stash!
R-18
Another hybrid strain, R-18 was introduced at Denver Relief in Denver 2013. With a high amount of THC (27.34%), this strain will give you couch lock if you’re not careful. Definitely not for the newbie stoner!
Tickle Kush
The name really says it all! This hybrid was tested at a whopping 27.05% THC, something that is sure to make you laugh if you smoke enough of it!
Blue Cookies
26.29% THC will give a serious high to a smoker that isn’t seasoned… We recommend starting with something a little less… Potent! Blue Cookies is a favorite among the customers of TLMD Collective Los Angeles in 2013.
OG Ghost Train Haze
Originating from Southwest Alternative Car in Rare Dankness Denver 2011, OG Ghost Train Haze is a medical sativa. The strain has 25.49% THC and looks just as good as it sounds.
Veganic Strawberry Cough
This strain was released by Kushman Genetics in Seattle 2013. The strain contains 25.28% THC and is 100% vegan, good for those who are concerned about what they ingest! The strain is extremely popular, with a lovely fruity taste!
Platinum Girl Scout Cookies Private Stock LA
Girl Scout Cookies has become a common name for those looking for the dankest of dank. PGSC is even better than normal GSC. This particular strain tested at 25.14% THC and would be perfect for an everyday stoner to chill and relax with!
Girl Scout Cookies (Thin Mints)
The Cali Connection Seed Company in LA came out with this strain in 2013, blowing everyone’s mind with not just the high amount of THC (24.91%) but with the absolute beauty of the strain itself.
Head Cheese
While some people aren’t fond of cheese strains, this one is definitely worth trying. Blunt Brothers LA released this strain in 2012 with a high THC percentage; 24.79%. Even if you don’t like cheese, you should absolutely give this a chance!
Comments