Warning: date(): It is not safe to rely on the system's timezone settings. You are *required* to use the date.timezone setting or the date_default_timezone_set() function. In case you used any of those methods and you are still getting this warning, you most likely misspelled the timezone identifier. We selected the timezone 'UTC' for now, but please set date.timezone to select your timezone. in /home/thcfinder.com/public_html/includes/functions.php on line 98
 Belmont Shore Medpot Collective Raided by OC Sheriff's Department | THC Finder 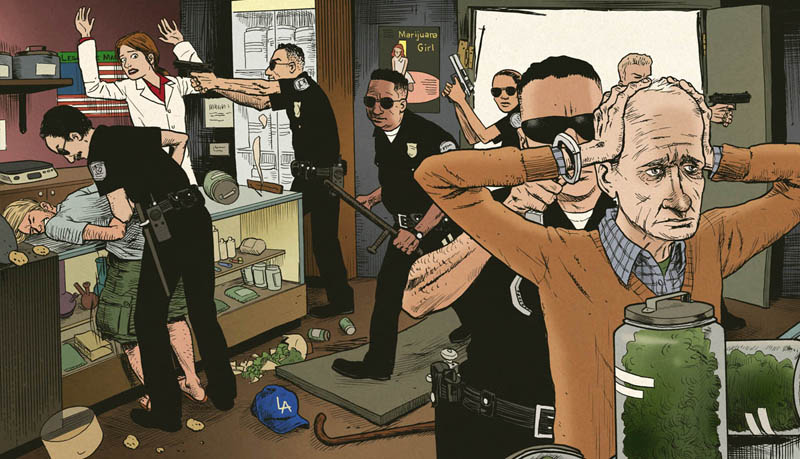 At approximately 3 p.m. Tuesday afternoon, Orange County Sheriff's deputies raided a prominent Belmont Shore medical marijuana collective, in what a department spokesperson described as part of an enforcement action carried out at multiple locations around the Southland.
Lieutenant Doug Doyle told the Long Beach Post that the collective, Belmont Shore Natural Care (5375 E. 2nd St.), was raided "because we have reason to believe it was operating outside of the provisions outlined by the CUA and the MMPA," referring to the Compassionate Use
Act and the Medical Marijuana Program Act, the two sections of California law that allow for the nonprofit distribution of marijuana to medically qualified members belonging to a given collective.
No arrests were made in the Belmont Shore raid, Doyle said, a raid that witnesses report involved numerous Sheriff's deputies and multiple vehicles.
Doyle reported that the reason the Orange County Sheriff's Department conducted this raid, which took place in Los Angeles County, is that the original investigation began in Orange County, but that information subsequently obtained connected Belmont Shore Natural Care to that investigation.
Rick Brizendine, an attorney representing Belmont Shore Natural Care, provided Long Beach Post with the following statement:
We are unaware of the source of this accusation [i.e., that BSNC was operating illegally]. No one has asked BSNC's director to provide the authorities with information which, once reviewed, we are confident will show that BSNC will be shown to have been operating within the requirements of CA law. This is borne true by the lack of any arrest or order to cease and desist.  Hopefully the Members of BSNC will soon have access to their medicine.
(Source) http://www.lbpost.com
Comments