Warning: date(): It is not safe to rely on the system's timezone settings. You are *required* to use the date.timezone setting or the date_default_timezone_set() function. In case you used any of those methods and you are still getting this warning, you most likely misspelled the timezone identifier. We selected the timezone 'UTC' for now, but please set date.timezone to select your timezone. in /home/thcfinder.com/public_html/includes/functions.php on line 98
 Marijuana dispensaries banned in Bakersfield | Dispensaries Marijuana THC Finder 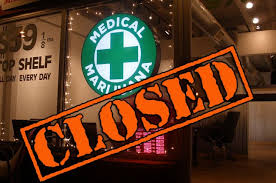 BAKERSFIELD, CA - Local marijuana advocates are looking for options after the Bakersfield city council voted Tuesday night to ban all medical marijuana dispensaries in the city, starting in August.
The city attorney's office says a small task force will be formed to help clear out the pot shops after the ban kicks in.
"We really believe that 65 percent of the people in Bakersfield support the legal use of marijuana," said marijuana advocate Nathan Acuna.
But starting in August, with the new city ordinance, city officials hope to have none.
"This ordinance gives us some additional teeth should we decide to move forward and actually have to use the court power to close a medical marijuana dispensary," said City Attorney Ginny Gennaro.
Marijuana advocate Nathan Acuna says the decision is disappointing.
"It's sad when Bakersfield's city council, five, six, select few people went against the wishes of the people in Bakersfield and voted to ban it," said Acuna.
The city already has a resolution banning pot shops, but the new ordinance will provide more legal power to close them down.
Genaro says within 30 days, a small task force will be formed.
Read more: http://www.kget.com
Comments