Warning: date(): It is not safe to rely on the system's timezone settings. You are *required* to use the date.timezone setting or the date_default_timezone_set() function. In case you used any of those methods and you are still getting this warning, you most likely misspelled the timezone identifier. We selected the timezone 'UTC' for now, but please set date.timezone to select your timezone. in /home/thcfinder.com/public_html/includes/functions.php on line 98
 Vermont Marijuana Decriminalization Law Takes Effect Monday | THC Finder 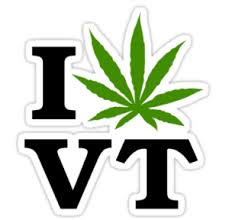 Vermont will become the 17th state to decriminalize marijuana at 12:01 am EDT July 1
MONTPELIER, VT – Vermonters will possessing small amounts of marijuana will no longer be subject to arrest starting Monday, when a bill adopted this year to remove criminal penalties for marijuana possession will go into effect.  Vermont will become the 17th state to decriminalize the possession of small amounts of marijuana.
House Bill 200, sponsored by Rep. Christopher Pearson (P-Burlington) with a tripartisan group of 38 cosponsors, passed the House in April before sailing though the Senate less than a month later.  Vermont Gov. Peter Shumlin (D) signed the bill into law in early June.
It ends criminal penalties for the possession of up to an ounce of marijuana or five grams of hashish and replaces them with fines of $200 for a first offense, $300 for a second offense, and $500 for subsequent offenses.
Possession of more than an ounce remains a criminal offense, as does cultivation of any number of plants.
“This is a much-needed step forward toward a more sensible marijuana policy,” said Matt Simon, legislative analyst for the Marijuana Policy Project, which lobbied in support of the legislation. “Nobody should be subjected to life-altering criminal penalties simply for possessing a substance that is objectively less harmful than alcohol.”
The bill had the support of Vermont Attorney General William Sorrell and Public Safety Commissioner Keith Flynn, who both testified in favor of the bill in April.
Read more: http://www.thedailychronic.net/
Comments