Warning: date(): It is not safe to rely on the system's timezone settings. You are *required* to use the date.timezone setting or the date_default_timezone_set() function. In case you used any of those methods and you are still getting this warning, you most likely misspelled the timezone identifier. We selected the timezone 'UTC' for now, but please set date.timezone to select your timezone. in /home/thcfinder.com/public_html/includes/functions.php on line 98
 Hempcon Hits San Jose for 4/20 | Events Marijuana Blog | THC Finder - THC Finder 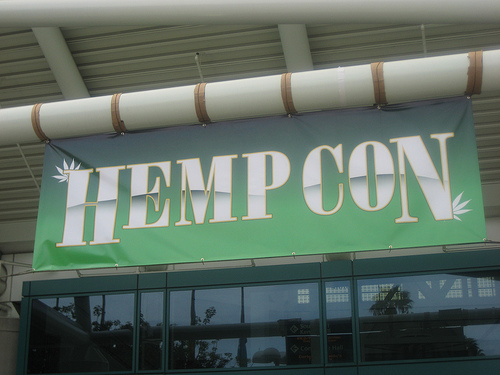 Billing itself as the world’s largest medical marijuana convention, Hempcon returns April 19-21 to San Jose with “therapeutic” tunes from Wu-Tang rapper Cappadonna, samples and a medicating 420 area.
Straddling the line between a marijuana festival and an educational event, Hempcon showcases the latest in hydroponics equipment, smoking utensils and organizers even advertise samples from some of the more than 40 collectives scheduled to attend.
Patients can find an array of exhibitors from local dispensaries and equipment manufacturers to educational services and on-site medical evaluations. It’s a place where, for those only involved in the scene on a medicinal level, can explore options for local treatment and options for ingesting as well as legal advice.
However, as much as it is an event for medical patients, it’s also a celebration of marijuana culture with booth babes, clothing and other weed-related artifacts. In addition to Cappadonna, 12th Planet will perform along with a lineup of DJs, including DJ Dome, DJ Hype, Hani Naser, Louis Conte and Craig Eastman.
Hempcon is also a big attraction for those involved—or looking to get into—the business of medicinal marijuana. There are numerous seminars, such as “How To Start a Delivery Business,” and the keynote speech of the event will be delivered by legal expert F. Freddy Sayegh on the convention’s final day. Sayegh is a Southern California lawyer specializing in medical marijuana issues. THCFinder.com is an official Sponsor of Hempcon so come by our Booth and grab some free goodies!
Check out www.Hempcon.com for more information.
Comments