Warning: date(): It is not safe to rely on the system's timezone settings. You are *required* to use the date.timezone setting or the date_default_timezone_set() function. In case you used any of those methods and you are still getting this warning, you most likely misspelled the timezone identifier. We selected the timezone 'UTC' for now, but please set date.timezone to select your timezone. in /home/thcfinder.com/public_html/includes/functions.php on line 98
 Colorado, Washington Legalize Recreational Marijuana | Legalization THC Finder 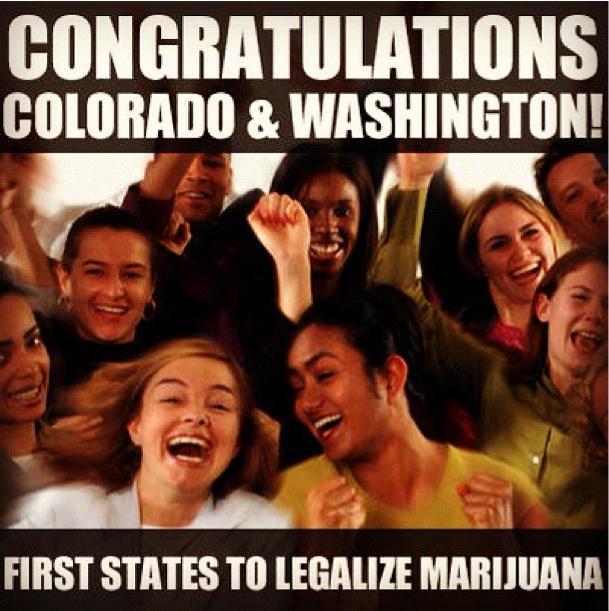 Colorado and Washington passed referendums legalizing marijuana for recreational use, becoming the first states in the country to legalize the drug, according to ABC News.
ABC News projects that a similar measure in Oregon failed to garner enough support to pass.
The initiatives would allow marijuana to be cultivated and for special stores to sell up to an ounce to individuals 21 and older.
In Colorado specifically, the Amendment 64 makes changes to state law to allow for commercial production and sale. Newsweek reported that business – including big tobacco – has been gearing up for the change.
"It's unprecedented," Jonathan Caulkins, a Carnegie Mellon University professor, told The Denver Post. He said the change would put Colorado to the left of the Netherlands when it comes to marijuana policy.
It could also impact Mexico.
A report found that legalizing marijuana would cut the cartels' income by $1.37 billion, or 23 percent of its $6 billion in sales in the United States. Legalization in Colorado potentially represents a similar decline.
The big question now is what is the federal government going to do? Will they finally step up and recognize what the people want? We hope so!
Source: http://abcnews.go.com
Comments