Warning: date(): It is not safe to rely on the system's timezone settings. You are *required* to use the date.timezone setting or the date_default_timezone_set() function. In case you used any of those methods and you are still getting this warning, you most likely misspelled the timezone identifier. We selected the timezone 'UTC' for now, but please set date.timezone to select your timezone. in /home/thcfinder.com/public_html/includes/functions.php on line 98
 Effort Launched In Maryland To Legalize Marijuana | Legalization THC Finder 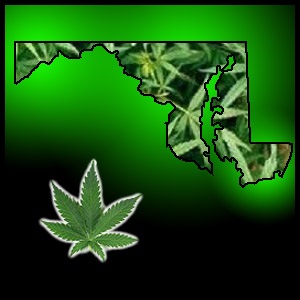 Advocates of a proposal to legalize recreational cannabis launched their effort today in Maryland, calling cannabis prohibition an utter failure, and noting that the public’s support for the issue is growing rapidly.
“Continuation of the current policy is continuation of failure,” said Senator Jamie Raskin, a constitutional law professor and one of the sponsors of the new proposal. “It’s part of a conversation that is taking place across the country and across the world.”
Advocates have formed a new group, called the Marijuana Policy Coalition of Maryland, which includes advocates groups such as the American Civil Liberties Union, and lawmakers such as Delegate Sheila Hixson, Chair of the House Ways and Means Committee.
The proposal has been drafted, but has not yet been officially introduced in the state’s legislature. According to advocates, the measure will legalize the possession and personal cultivation of cannabis for those 21 and older, and will established state-licensed retail outlets to distribute cannabis.
A poll released in November by Goucher College found that 51% of those in Maryland support legalizing recreational cannabis, with just 41% opposed.
Read more: http://www.theweedblog.com
Comments