Warning: date(): It is not safe to rely on the system's timezone settings. You are *required* to use the date.timezone setting or the date_default_timezone_set() function. In case you used any of those methods and you are still getting this warning, you most likely misspelled the timezone identifier. We selected the timezone 'UTC' for now, but please set date.timezone to select your timezone. in /home/thcfinder.com/public_html/includes/functions.php on line 98
 Colorado: Medical Marijuana Dispensaries Not Associated With Increased THC Finder 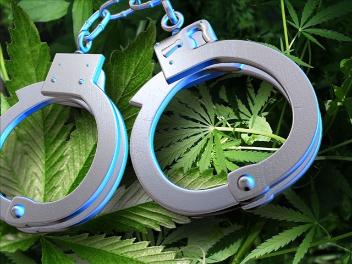 An analysis of Denver crime statistics for 2010 contradicts claims that the operation of medical marijuana dispensaries are associated with elevated incidences of criminal activity.

According to a Denver Post story published this week: "A Denver police analysis completed late last year of areas around dispensaries showed that the number of crimes in those pockets dropped in the first nine months of 2010 compared with the same period in 2009. The drop, 8.2 percent, was marginally less than the city's overall drop in crime of 8.8 percent, according to police."

Over 800 state-licensed medical marijuana dispensaries presently operate in Colorado. The highest concentration of these facilities is in Denver.

Previous analyses have also failed to find any association between the proliferation of medical cannabis dispensaries and elevated crime rates. For example, a 2010 review by the Colorado Springs Gazette newspaper reported, "[P]olice have yet to find a correlation between the city's approximately 175 pot shops and increased crime."