Warning: date(): It is not safe to rely on the system's timezone settings. You are *required* to use the date.timezone setting or the date_default_timezone_set() function. In case you used any of those methods and you are still getting this warning, you most likely misspelled the timezone identifier. We selected the timezone 'UTC' for now, but please set date.timezone to select your timezone. in /home/thcfinder.com/public_html/includes/functions.php on line 98
 Pot charges dropped against N.J. patient | Medical Marijuana Marijuana THC Finder 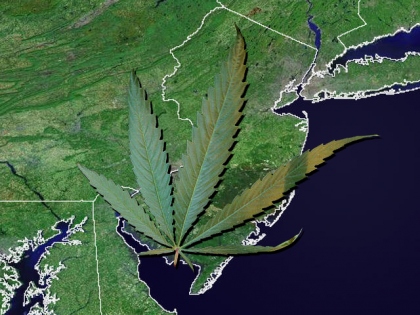 David Barnes is finally off the legal hook in the New Jersey town where he was busted for marijuana possession last year.

His case has become a rallying point for medical marijuana advocates here. New Jersey legalized marijuana for patients with certain conditions last year, but implementation has been delayed as the state labors over regulatory details.

In the meantime, Barnes had drug charges filed against him, and then, last week, dropped.

If the program had been up and running, probably no one would have considered the 50-year-old former internal auditor a criminal.

Barnes has cyclic vomiting syndrome. He says that with little warning, he'll get painful, persistent vomiting attacks that last from one to three days. He regularly throws up so much that he loses 10 percent of his body weight.

Back in the late 1990s, he said, a doctor recommended he use pot -- which is illegal -- to soothe the symptoms. He said that while cannabis doesn't prevent the attacks, it makes them milder.

His was the type of case that persuaded New Jersey lawmakers in January 2010 to make the state the 14th to legalize marijuana for people with certain medical conditions. People with seizure disorders like Barnes would be allowed to use the drug. Patients say marijuana reduces pain and nausea.

A month after the law was signed, the resident of Tewksbury, a rural community 45 miles west of New York City, borrowed a neighbor's plow and headed out after a snowstorm to dig out a vacationing friend's home in Readington.

The plow got stuck. He says he asked neighbors of the friend's for help, but that they summoned police. Officers said he smelled like marijuana -- and found a small amount of the drug and a pipe on him.

He was charged with possession and carrying paraphernalia, offenses that could have landed him in jail for up to a year.

Barnes said took his doctor with him to meet with the municipal prosecutor and reached a deal. As soon as he could present his state-issued card authorizing him to access pot legally, the charges would be dismissed. Prosecutor Robert Ballard did not immediately return a call about the deal.