Warning: date(): It is not safe to rely on the system's timezone settings. You are *required* to use the date.timezone setting or the date_default_timezone_set() function. In case you used any of those methods and you are still getting this warning, you most likely misspelled the timezone identifier. We selected the timezone 'UTC' for now, but please set date.timezone to select your timezone. in /home/thcfinder.com/public_html/includes/functions.php on line 98
 Montana Supreme Court to Hear Medical Marijuana Appeals This Week | THC Finder

Category: Medical Marijuana | Posted on Mon, May, 28th 2012 by THCFinder 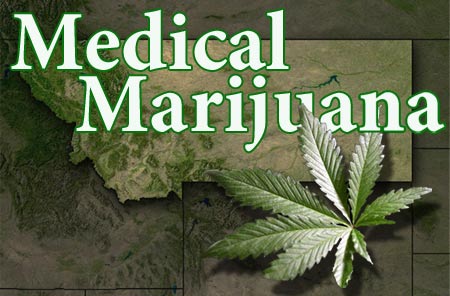 Starting Wednesday morning the Montana Supreme Court will begin hearing oral arguments in two separate appeals of a 2011 law that severely restricted medical marijuana access in the state, one appeal by the Montana Cannabis Industry Association and one by the state of Montana.

The state is appealing whether the District Court Judge James Reynolds was wrong to block the law’s ban on medical marijuana cardholders compensating providers for marijuana products and its limit that a provider can provide pot for a maximum of three cardholders. The MCIA is appealing the same judge’s ruling that denied a preliminary injunction against the enforcement of the entire 2011 Medical Marijuana Act as the Cannabis Industry had sought instead of just the five sections he blocked.

As many of you know, the medical marijuana industry has been decimated in Montana with over 90% of caregivers eliminated, thanks to federal crackdowns and state Senate Bill 423, which destroyed much of the 2004 MMJ law that was approved by voters.

Attorneys for the state say that commercially selling marijuana is illegal under federal and state law.

Arguments are expected to begin at 9:30 am local time in a case that will likely decide Montana medical marijuana law for some time to come. Hopefully patients have their access restored. Lawyers for the state can strut around all they want talking about their version of “the law,” but all they are really doing is hurting sick people.