Warning: date(): It is not safe to rely on the system's timezone settings. You are *required* to use the date.timezone setting or the date_default_timezone_set() function. In case you used any of those methods and you are still getting this warning, you most likely misspelled the timezone identifier. We selected the timezone 'UTC' for now, but please set date.timezone to select your timezone. in /home/thcfinder.com/public_html/includes/functions.php on line 98
 Washington D.C. Moving Slowly Toward Medical Marijuana Dispensaries | THC Finder 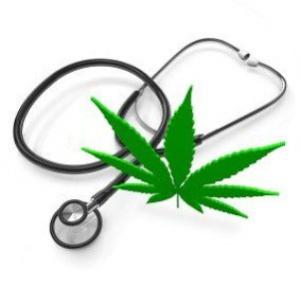 Several months ago 10 firms received permission to set up dispensaries in our nation’s capital, but according to city officials, none have acquired the regulatory documents needed to begin the process.

The successful applicants for six cultivation centers and four dispensaries have to apply for building permits, certificates of occupancy and business licenses before they register as part of the medical marijuana program. Each of these documents would be issued by the D.C. Department of Consumer and Regulatory Affairs.

“As of this morning, we have not issued any certificates of occupancy to any of the approved medical marijuana cultivation centers or dispensaries,” DCRA spokesman Helder Gil said Monday. Each firm needs a certificate of occupancy to apply for a business license.

Dr. Saul Levin recently took over as the city’s health director, and he said the program has “moved out of our area” and “into the regulatory side of getting this up and running.”

“I can’t even give you a date,” he told The Washington Times earlier this month. “In order to do this right, we don’t want to rush it.”

Some of those on the other side of the process seem to agree. “No one would want to sacrifice doing this the right way,” said Corey Barnette, a principal at District Growers. “I’m happy the District is being cautious in rolling it out.”

Mr. Barnette’s firm is among five cultivation centers approved for registration near New York Avenue and Bladensburg Road in Ward 5. He said his operation is finishing up the construction, or “build out,” of its warehouse to make it ready for marijuana cultivation and he hopes to apply for a certificate of occupancy by next week.

Patients in Washington D.C have waited a long time for better access to their medicine, and for some, relief may be coming soon.