Warning: date(): It is not safe to rely on the system's timezone settings. You are *required* to use the date.timezone setting or the date_default_timezone_set() function. In case you used any of those methods and you are still getting this warning, you most likely misspelled the timezone identifier. We selected the timezone 'UTC' for now, but please set date.timezone to select your timezone. in /home/thcfinder.com/public_html/includes/functions.php on line 98
 Czech MPs vote to legalize marijuana for medical use | Medical THC Finder

Czech MPs vote to legalize marijuana for medical use 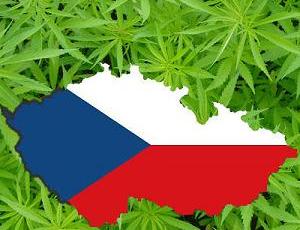 PRAGUE (Reuters) - Czech lawmakers voted on Friday to allow marijuana and drugs derived from it to be available on prescription from pharmacies from next year, extending narcotics laws which permit possession of small amounts of drugs including heroin and cocaine.
Only imported marijuana will be available for the first year, after which the central European country's State Institute for Drug Control will allot licenses to local growers.
"The point of the proposal is to make medical marijuana accessible to patients that need it and that already use it today, even when it is against the law," said Pavel Bem, one of a group of deputies who created the bill.
The central European country already lets the public grow, possess, and consume - but not sell - small amounts of most illicit drugs and considers the possession of less than 15 grams of marijuana as legal.
It also tolerates the use of recreational drugs in pubs and clubs, and the sight of people rolling and smoking marijuana joints in public and outside pubs is common.
Czech lawmakers were told how the use of marijuana can help some people with debilitating medical conditions. The upper house Senate is expected to approve the bill, which needs to be signed by the president.
Source: http://www.baltimoresun.com
Comments