Warning: date(): It is not safe to rely on the system's timezone settings. You are *required* to use the date.timezone setting or the date_default_timezone_set() function. In case you used any of those methods and you are still getting this warning, you most likely misspelled the timezone identifier. We selected the timezone 'UTC' for now, but please set date.timezone to select your timezone. in /home/thcfinder.com/public_html/includes/functions.php on line 98
 Cannabis Oil Cures Terminal Illness | Medical Marijuana Marijuana Blog THC Finder

Category: Medical Marijuana | Posted on Wed, May, 8th 2013 by THCFinder 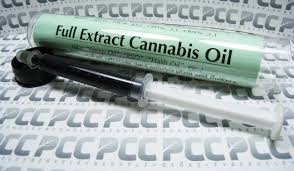 In the cold and sometimes inhospitable environment of Nova Scotia, those suffering from life-threatening terminal illnesses such as cancer were suddenly finding relief. They can thank Rick Simpson and his miracle marijuana oil.
Located in one of Canada’s smallest provinces, everybody knew Rick Simpson in the town of McCann. Some knew Rick because he has shared his secret to life with them, others because they believe him to be a crackpot; little more than a geriatric pot peddler.
Stating the most basic of facts, Rick points out ”you can’t deny your own eyes, now can you? Here’s someone that was dying of cancer… and they’re not dying anymore.”
As dozens of major scientific studies have recently demonstrated, Rick was right. In both the lab tests and tests performed on animals, the active cannabinoids found in the marijuana plant are nothing short of a miracle drug.
Read more: http://www.theweedblog.com
Comments