Warning: date(): It is not safe to rely on the system's timezone settings. You are *required* to use the date.timezone setting or the date_default_timezone_set() function. In case you used any of those methods and you are still getting this warning, you most likely misspelled the timezone identifier. We selected the timezone 'UTC' for now, but please set date.timezone to select your timezone. in /home/thcfinder.com/public_html/includes/functions.php on line 98
 Cannabis Cures Cancer Without Poison | Medical Marijuana Marijuana THC Finder 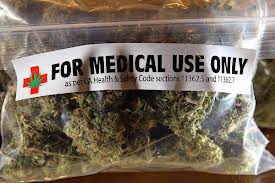 Isn’t it strange that doctors can legally administer poison in the form of chemotherapy and radiation as well as numerous toxic pharmaceuticals and yet one of nature’s medicines- found to greatly assist cancer patients- which can be prepared by any common person without harmful side effects, is illegal and can send a person to prison for its possession?  There are numerous studies, now spanning the globe, revealing the miraculous healing properties of cannabis oil and its ability to cure cancers and other ailments without poisoning the body.
The International Medical Verities Association, an organization who is dedicated to providing information about new forms of medicines to both physician and layman alike, has recently added cannabis oil to their list of cancer protocol along with alpha lipoic acid, magnesium chloride, iodine, selenium and sodium bicarbonate – all nutritional supplements you can buy over the counter – well, all of them until now.
Cannabis oil, or Hemp oil  contains many healing benefits including a high amount of protein as well as essential fatty acids, including the harder to come by GLA’s – known to reduce inflammation and slow the growth of cancer cells.  As far as essential fatty acids go, we need a particular ratio of Omega 3, Omega 6 and GLA’s  in our body for good health.  Omega 3 comes largely from fish, Omega 6 can be found in many of our cooking oils such as olive and sunflower, but GLA is only found in a few sources such as borage oil, spirulina and hemp.  Hemp oil happens to contain the perfect 2:5:1 ratio of omega 3, 6 and GLA’s. Interesting.
As far as cancer goes, the research proof has been out there for a while.
Clear back in 1975 an article in the Journal of the National Cancer Institute you can find an article called “Anti neoplastic Activity of Cannabinoids,” reporting the following cannabis positive results on cancer: “Lewis lung adenocarcinoma growth was retarded by the oral administration of tetrahydrocannabinol (THC) and cannabinol (CBN)” using two types of cannabinoids, a family of active components in marijuana.
Read more: http://guardianlv.com
Comments