Warning: date(): It is not safe to rely on the system's timezone settings. You are *required* to use the date.timezone setting or the date_default_timezone_set() function. In case you used any of those methods and you are still getting this warning, you most likely misspelled the timezone identifier. We selected the timezone 'UTC' for now, but please set date.timezone to select your timezone. in /home/thcfinder.com/public_html/includes/functions.php on line 98
 Arizona To Allow Medical Marijuana For PTSD | Medical Marijuana THC Finder 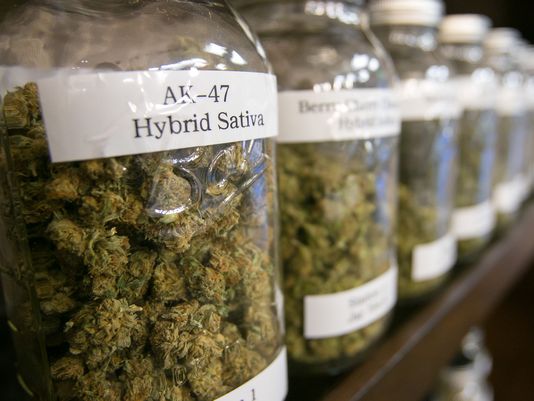 One of the conditions that would most benefit from the effects of marijuana is PTSD. Post traumatic stress disorder effects many of the people who are whisked overseas and fight for our freedoms... Which should include the freedom of getting the best medicine possible when they return from duty. However, that's not the case most of the time. Instead, the vets get told that they are not allowed to use a natural medicine like marijuana but instead are fed Vicodin and morphine. When vets ask for the plant, they are scorned at the VA hospital, being told that no, marijuana is still illegal.
Officials in Arizona, however, are beginning to think differently regarding their residents that have fought in wars. On Wednesday, the Director of the Department of Health and Services Will Humble, announced that PTSD sufferers will be able to utilize marijuana for their symptoms starting January 1st. Not only in this a great step for the vets who reside in Arizona but for marijuana advocates everywhere. Most states and laws do not recognize PTSD as a valid condition for medical marijuana and pro-potters have been trying to convince people that cannabis is extremely good for veterans and helps relieve their worst symptoms.
Humble published a blog post on the health department's website on Wednesday, stating, "Today, I issued a Director's Decision that will authorize the use of marijuana for patients that are currently undergoing conventional treatment for a diagnosis of PTSD. Physician certifications would be valid only for the palliative care of PTSD symptoms (not treatment). Certifying physicians will be required to attest that they have reviewed evidence documenting that the patient is currently undergoing conventional treatment for PTSD before signing the medical marijuana certification." The announcement from Humble comes as a surprise, as he previously said that there was insufficient evidence on cannabis' effects on PTSD. Humble seemed to change his mind about the subject when an administrative law judge suggested that state officials allow the use of cannabis for PTSD.
Those that are suffering from PTSD will be able to use the plant this January, after the state has time to work out official rules and regulations. The dispensaries also need to prepare their educational literature as well as up their stocks, as there are many people that suffer from PTSD and will probably end up needing the plant to help assist them sleep, eat, and live normally. Hopefully the new ruling will allow PTSD sufferers to get the help and treatment that they need.
Comments