Meet The ‘Father of Marijuana Research’ Decades later, the 87-year-old Israeli chemist is known widely as the “father of marijuana research,” after he used those 5 kilos to discover THC (marijuana’s psychoactive ingredient) in the 1960s, and then later discovered the structure of CBD (its non-psychoactive ingredient, often used for medicinal purposes). Over the years, the U.S.'s National Institute on Drug Abuse (NIDA) has funded much of his extensive research, including examining the effects of marijuana on epilepsy, nausea, anxiety and schizophrenia.

Below is a Q&A with Mechoulam, lightly edited and condensed for clarity.

Los Angeles to be the Largest Piece of U.S. Pot Pie

LOS ANGELES – The Los Angeles City Council voted to license the sale of recreational marijuana on Wednesday. Debates on proposed regulations went on for several months prior to Wednesday’s vote, but the city council approved regulations for commercial cultivation and sales to begin on Jan. 1.

New regulations will bar any marijuana businesses from setting up in residential neighborhoods. Zoning will also restrict businesses from being set up close to libraries, schools and parks.

The office of City Council President Herb Wesson said that the new regulations will be in effect as soon as Mayor Eric Garcetti signs the legislation. Wesson believes that other cities will use Los Angeles as a model for their own regulations, saying "The other cities in this nation, they are looking to L.A.," he said.

With Canada on track to legalize recreational cannabis on July 1, the federal government has begun the process of educating the public about certain do’s and don’ts when it comes to responsible pot use. Their latest crusade has been a series of ad campaigns, warning Canadian citizens of the risks of drug-impaired driving.

Canada’s Public Safety Minister Ralph Goodale unveiled the campaign on Tuesday, with the series of advertisements set to air on television, radio, online and in theatres starting December 18. Additional marketing formats will appear on billboards and public places.

The ad campaign, which is in partnership with MADD Canada, Young Drivers of Canada, the Canadian Automobile Association and the Canadian Association of Chiefs of Police, will cost the government around $3 million and will be primarily geared towards citizens aged 16 to 24. Goodale admitted he considers this age range “particularly impressionable.”

It’s all fun and games until your multi-billion-tech company gets accused of glorifying Philippine President Rodrigo Duterte’s deadly War on Drugs. At that point, you almost have no choice but to pull the plug on certain business relationships in order to avoid the proverbial fire and brimstone that is sure to come raining down.

This is exactly what the multi-faceted technological giant Apple Inc. has been forced to learn the hard way. It seems the company’s CEO, Tim Cook, stepped into his office the other day, only to find a nasty note from the Asian Network of People who Use Drugs (ANPUD) burning a hole in his desk.

The letter, which reportedly came with the signed support of more than 130 organizations from countries all over the world, demanded the company remove a number of iOS games from the App Store because they sensationalize “the emerging tyranny of Duterte’s presidency and his government’s disregard for human rights principles.” 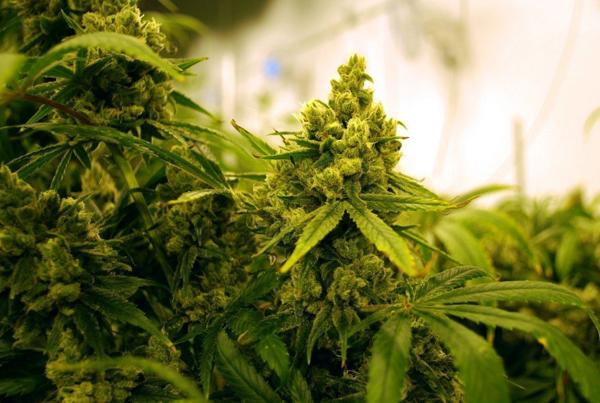 COLUMBUS, Ohio -- The Ohio Department of Commerce came under fire from state officials Tuesday for hiring a medical marijuana program consultant who had a felony drug conviction on his criminal record.

The felony conviction would have disqualified the consultant from being awarded the medical marijuana cultivation licenses he was helping to score.

Trevor C. Bozeman, owner of iCann Consulting, pleaded guilty to manufacturing, delivering and possessing drugs, with intent to manufacture or deliver in 2005, Pennsylvania court records show. Bozeman, who was 20 at the time, was also charged with possession of marijuana and paraphernalia, but those charges were dismissed.

Cops Use Drug Dealer’s Cell Phone To Text His Customers

In case you weren’t paranoid enough, we just heard a story in which cops used a drug dealer’s cell phone to text his customers. It’s like something out of an urban legend. Or a cautionary tale. Either way, here’s a real-life account of your worst drug-related fear.

We now have considerable information regarding the uncanny ability of law enforcement to tap into cell phone signals. And yet, people still have a cavalier attitude when it comes to using these devices to communicate with their dealers. It’s like watching dominos fall every time someone gets busted. Police simply dissect the phone records of that individual to line up all of the future targets in their investigation.

Even more unnerving? Police forces are now using these digital details to taunt and intimidate drug users into either turning themselves in. Or snitch out others.