Warning: date(): It is not safe to rely on the system's timezone settings. You are *required* to use the date.timezone setting or the date_default_timezone_set() function. In case you used any of those methods and you are still getting this warning, you most likely misspelled the timezone identifier. We selected the timezone 'UTC' for now, but please set date.timezone to select your timezone. in /home/thcfinder.com/public_html/includes/functions.php on line 98
 Driver In Fatal Crash Had 150 lbs Of Marijuana In Car | News Marijuana THC Finder

Driver In Fatal Crash Had 150 lbs Of Marijuana In Car

A man who was arrested last week after a high speed chase on Interstate 10 was accused of having more than $84,000 worth of marijuana in his vehicle, authorities said. Joel O. Morando, 25, was arrested Nov. 11 after he led Arizona Department of Public Safety officers on a 30-mile chase down Interstate 10 before rear ending a pickup truck and crashing near the Avra Valley exit. The driver of the pickup truck, Ronald Papanikolas aged 31 from Magna, Utah, was thrown from the cab of the truck and died at the scene. 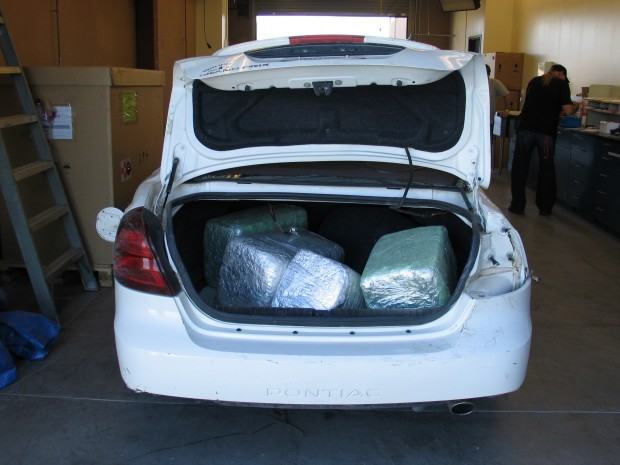 The incident reportedly started after a K9 officer pulled Morando over on westbound Interstate 10 near Picacho Peak for following too closely. The officer walked the exterior of the vehicle with the dog before the dog alerted to the vehicle’s trunk. Morando reportedly ran to his vehicle and fled while the officer was waiting for backup units to arrive. The suspect sped down interstate 10 towards Tucson with the officer in pursuit before hitting the pickup truck. There was approximately 153 pounds of marijuana in Morando’s vehicle. Morando is facing charges of first degree murder, felony endangerment, criminal damage, possession of marijuana for sale, transportation of marijuana for sale and possession of marijuana.