Warning: date(): It is not safe to rely on the system's timezone settings. You are *required* to use the date.timezone setting or the date_default_timezone_set() function. In case you used any of those methods and you are still getting this warning, you most likely misspelled the timezone identifier. We selected the timezone 'UTC' for now, but please set date.timezone to select your timezone. in /home/thcfinder.com/public_html/includes/functions.php on line 98
 House Votes Down On Medical Marijuana Use | News Marijuana Blog | THC THC Finder

House Votes Down On Medical Marijuana Use

The Illinois House has voted against the legislation of medical marijuana that would have approved the use of marijuana to ease pain or nausea because of illness. The long debated issue got just 53 of the 60 votes it needed for approval on Tuesday. Democratic Rep. Lou Lang used a procedure to postpone consideration of the measure to another time. 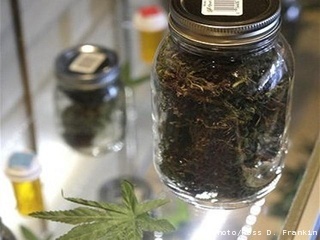 The bill would allow people to get permission from a physician and the Department of Public Health to have marijuana plants in their home and use it for treating the symptoms of AIDS, cancer, glaucoma and other illnesses. Unfortunately other critics say that there are currently other drugs on the market that can ease pain in more or less the same manor and that Lang's bill doesn't address medical treatment  just possession of pot. The Senate OK'd the bill in May.