Warning: date(): It is not safe to rely on the system's timezone settings. You are *required* to use the date.timezone setting or the date_default_timezone_set() function. In case you used any of those methods and you are still getting this warning, you most likely misspelled the timezone identifier. We selected the timezone 'UTC' for now, but please set date.timezone to select your timezone. in /home/thcfinder.com/public_html/includes/functions.php on line 98
 Genetic code of cannabis reported unlocked | News Marijuana Blog | THC THC Finder 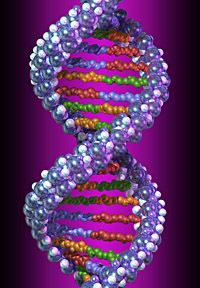 (CBS News)  A small Massachusetts-based company says it has successfully sequenced a marijuana plant, paving the way for more research into the therapeutic effects of Cannabis - including its potential for treating cancer and inflammatory diseases.
Medicinal Genomics published the raw sequence strings at midnight. The company's findings have not yet undergone peer review. Medicinal Genomics put the data up on Amazon.com's EC2 cloud- computing system.The more than 131 billion bases of sequence, which is believed to constitute the largest known gene collection of the Cannabis genomes so far, will be made available to the scientific public sometime this fall.
The breakthrough also raises the possibility that researchers will eventually be able to weed out - no pun intended - the psychoactive effects pot smoking has on people while enhancing the medicinal aspects of Cannabis.
It's only happenstance but Medicinal Genomics is headquartered both in Marblehead, Mass. and Amsterdam, where the company's research facilities are found.
"This is the beginning of a more scientific approach to the genetics of the species," Richard Gibbs, director of the Human Genome Sequencing Center at the Baylor College of Medicine in Houston, told Bloomberg. "This is not really about marijuana; it's about pharmacology."
(Source) http://www.cbsnews.com
Comments