Warning: date(): It is not safe to rely on the system's timezone settings. You are *required* to use the date.timezone setting or the date_default_timezone_set() function. In case you used any of those methods and you are still getting this warning, you most likely misspelled the timezone identifier. We selected the timezone 'UTC' for now, but please set date.timezone to select your timezone. in /home/thcfinder.com/public_html/includes/functions.php on line 98
 Colorado revisits marijuana DUI standard | News Marijuana Blog | THC THC Finder 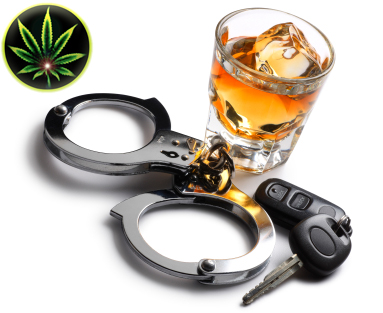 DENVER (AP) -- Driving while high is illegal in Colorado, but state lawmakers are again entering a hazy debate over how to measure whether medical marijuana patients are impaired behind the wheel.
A bill up for a Senate hearing Monday would say that drivers would be considered impaired if they test positive for 5 nanograms or more of THC, the psychoactive ingredient in marijuana. Problem is that there's little agreement over whether the amount is a fair gauge of whether a driver is impaired.
Current Colorado law says drivers can't be impaired by drugs but does not set a THC limit. Pot activists say impairment and THC levels aren't directly related.
Marijuana activists called the 5-nanogram limit ``unfair'' because they say patients who use marijuana regularly see a gradual build-up of THC levels, even when sober.
The 5-nanogram limit ``is not supported by the science,'' argued Michael Elliott of the Medical Marijuana Industry Group, which opposes the bill.
Marijuana activists favor instead an education effort reminding patients they cannot legally drive high.
Last year, a similar DUI standard cleared the House but was defeated in the Senate amid concerns from both parties about the lack of agreement on an acceptable blood-level standard. A nonpartisan study committee that looked at the question during the summer and fall could not agree on what the standard should be.
The Republican sponsor of this year's bill says law enforcement needs a standard to measure impairment.
``It's time we had a clear standard,'' said Sen. Steve King, R-Grand Junction.
(Source) http://www.coloradoan.com
Comments