Warning: date(): It is not safe to rely on the system's timezone settings. You are *required* to use the date.timezone setting or the date_default_timezone_set() function. In case you used any of those methods and you are still getting this warning, you most likely misspelled the timezone identifier. We selected the timezone 'UTC' for now, but please set date.timezone to select your timezone. in /home/thcfinder.com/public_html/includes/functions.php on line 98
 NYPD Spent 1 Million Hours Over Last Decade On Marijuana Arrests | THC Finder 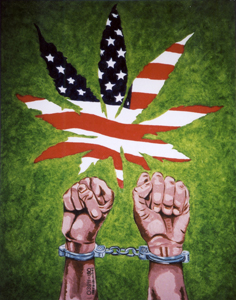 New York Police Department officers have spent 1 million hours making 440,000 marijuana arrests between 2002 and 2012, according to a new report from the Drug Policy Alliance. DPA put together the data in response to a request from New York City and New York State, as they consider measures to decriminalize marijuana. Each of these arrests can cost $1,000 to $2,000, according to a 2011 DPA estimate, costing New York City $75 million in just a single year (2010). The report explains:
In our ongoing research about marijuana possession arrests in New York, we have found that a basic misdemeanor arrest for marijuana possession in New York City varied from a minimum of two or three hours for one officer, to four or five hours or even longer for multiple officers. [...]
We multiplied 2.5 hours by the number of lowest‐level marijuana possession arrests (charged under NYS Penal Law 221.10) for each year since 2002 when Mayor Bloomberg took office. […] That is the equivalent of having 31 police officers working eight hours a day, 365 days a year, for 11 years, making only marijuana possession arrests. [...]
Two officers for five hours equals four million hours of police time. This does not include the time spent by police supervisors or by corrections, court, and prosecutor staff, nor the time officers spent searching for people to arrest.
Read more: http://thinkprogress.org
Comments