Warning: date(): It is not safe to rely on the system's timezone settings. You are *required* to use the date.timezone setting or the date_default_timezone_set() function. In case you used any of those methods and you are still getting this warning, you most likely misspelled the timezone identifier. We selected the timezone 'UTC' for now, but please set date.timezone to select your timezone. in /home/thcfinder.com/public_html/includes/functions.php on line 98
 NFL might legalize medical marijuana for players | News Marijuana Blog THC Finder 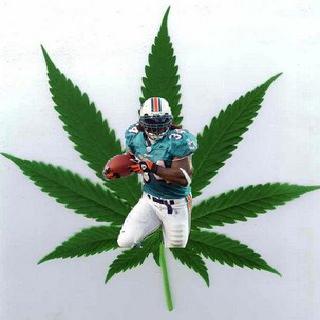 As more US states move to consider marijuana legalization, the country’s most popular sports league is indicating it may one day allow its players to light up.
Speaking to ESPN, National Football League Commissioner Roger Goodell suggested the sport’s ban on medical marijuana could be lifted in the future if the practice has already been legalized in a player’s state.
"I don't know what's going to develop as far as the next opportunity for medicine to evolve and to help either deal with pain or help deal with injuries, but we will continue to support the evolution of medicine," he said.
Although multiple teams play in states where medical marijuana is legal – not to mention that Colorado and Washington have legalized the drug outright – use of the substance remains prohibited under the NFL’s collective bargaining agreement. The 10-year agreement isn’t set to expire until 2021, leaving no opportunity for players to renegotiate the policy in the short term.
As CBS News noted, Goodell’s words are the first time the NFL has commented on marijuana use since Colorado and Washington passed ballot initiatives legalizing the drug back in 2012.
"The NFL's policy is collectively bargained and will continue to apply in the same manner it has for decades," league spokesman Greg Aiello said at the time. "Marijuana remains prohibited under the NFL substance abuse program."
Still, the collective bargaining agreement’s content is not as black and white as the NFL may believe. According to Pro Football Talk, the CBA only bans the “illegal use” of marijuana, meaning a potential gray area exists concerning situations and states where legal/medical marijuana is permitted.
Complicating the situation is that many NFL players suffer from significant pain borne from concussions and brain trauma, the symptoms of which could be eased by marijuana.
“Medical marijuana is recommended by doctors for headaches, light-sensitivity, sleeplessness and loss of appetite—all of which happen to be symptoms associated with concussions,” the Nation noted on its blog in 2012. “The idea that the league would deny a player their legal pain relief of choice seems barbaric.”
Comments