Warning: date(): It is not safe to rely on the system's timezone settings. You are *required* to use the date.timezone setting or the date_default_timezone_set() function. In case you used any of those methods and you are still getting this warning, you most likely misspelled the timezone identifier. We selected the timezone 'UTC' for now, but please set date.timezone to select your timezone. in /home/thcfinder.com/public_html/includes/functions.php on line 98
 Blue Dream strain review with HD pics | Nugs Marijuana Blog | THC THC Finder 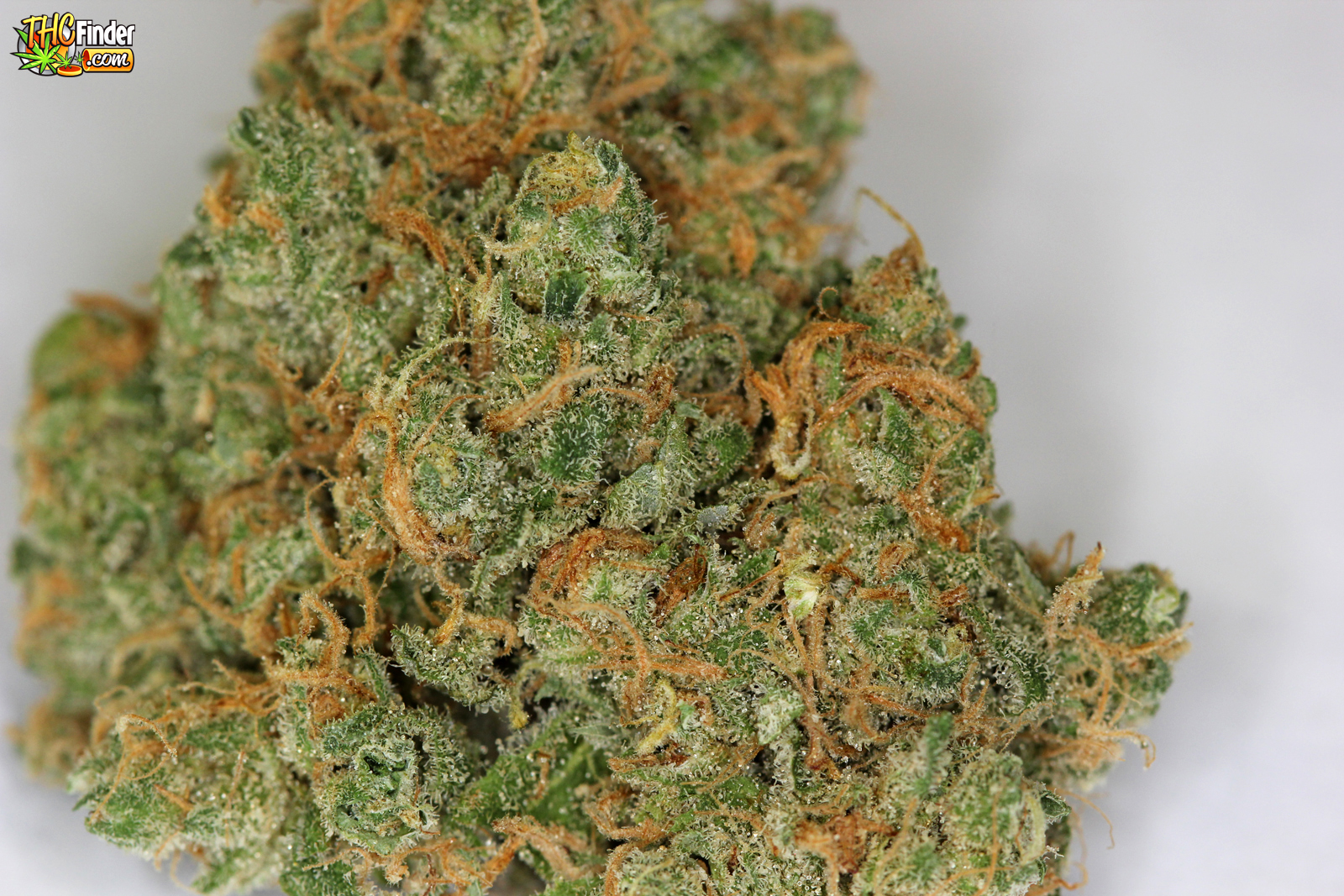 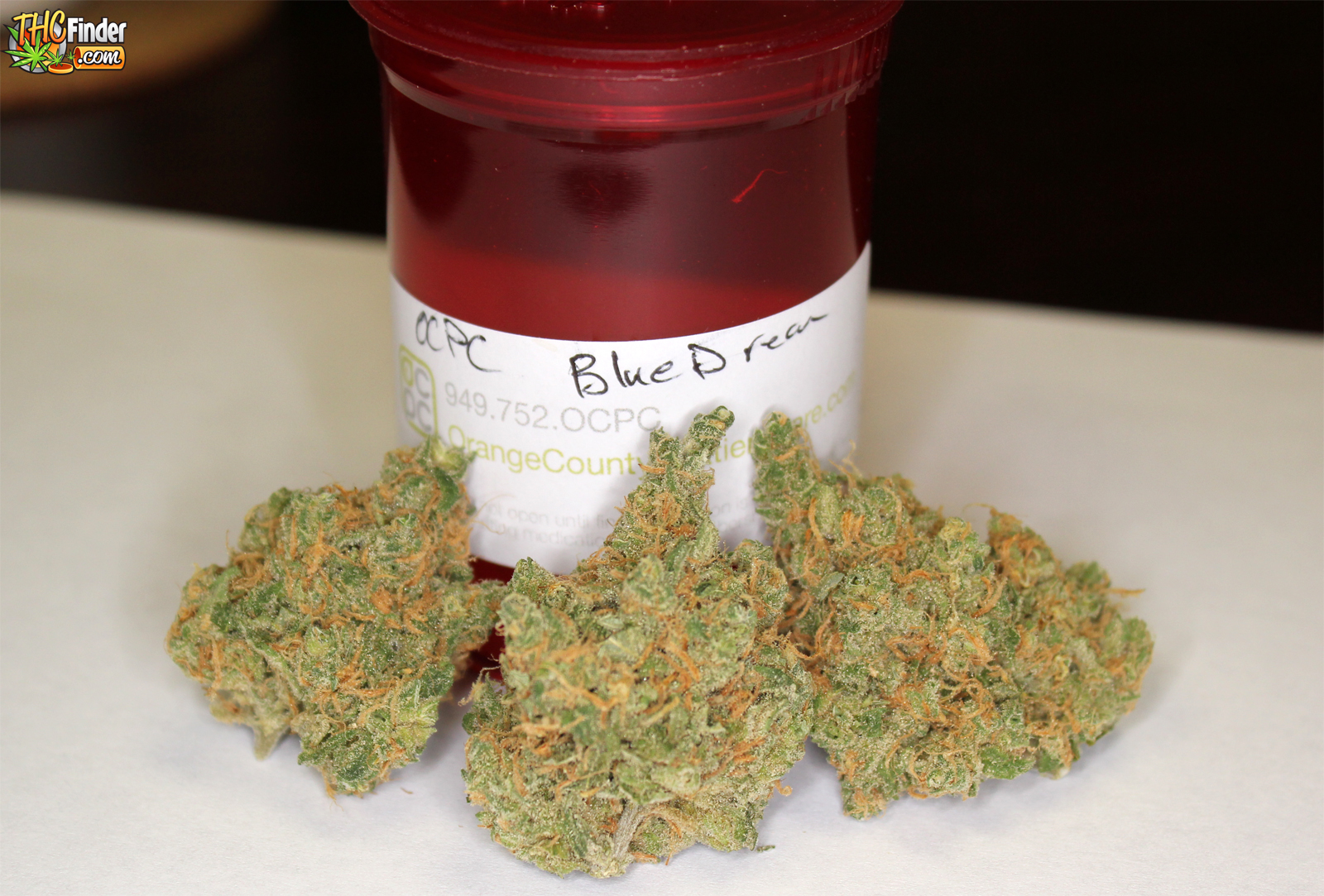 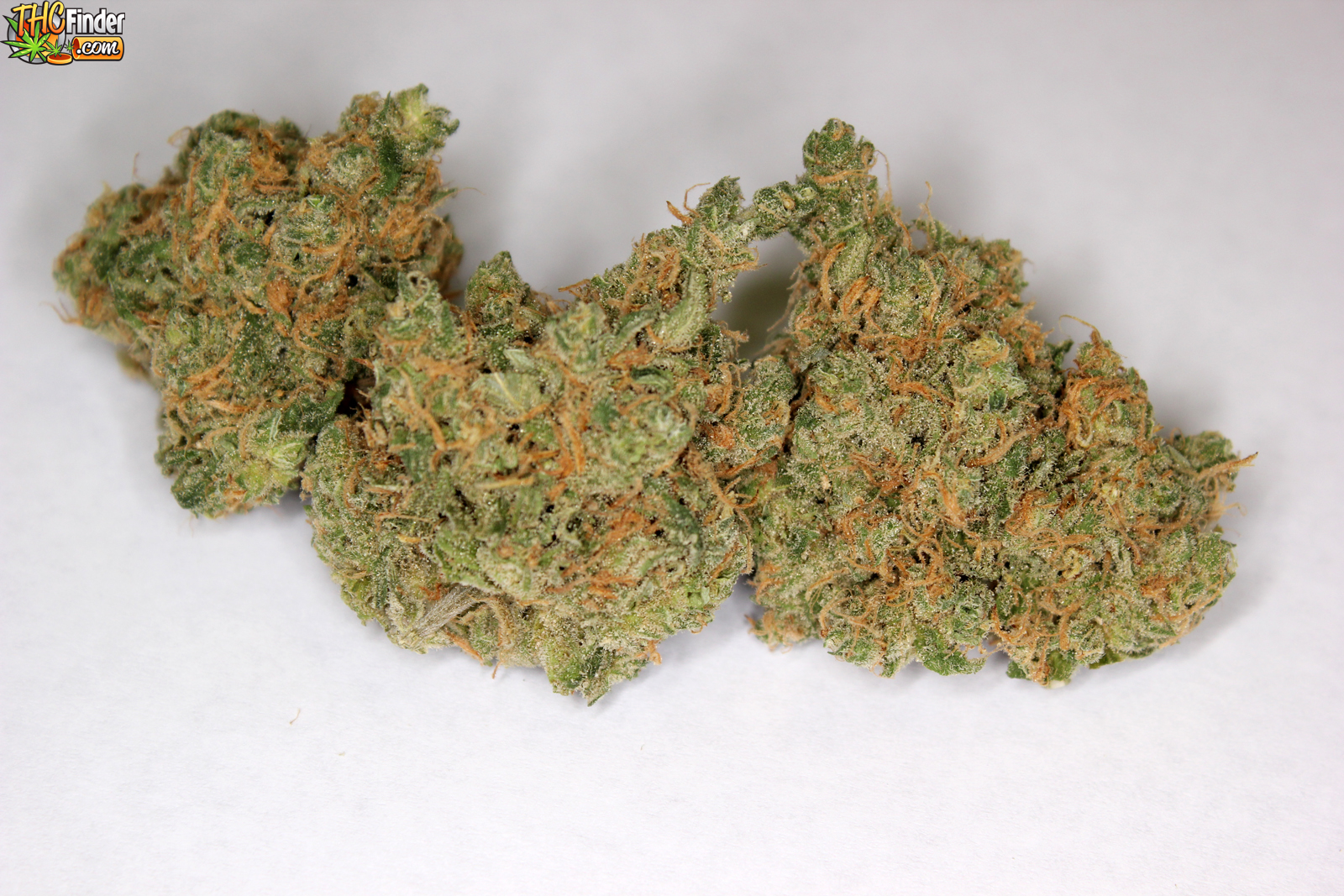 Blue Dream is a cross of Blueberry and Haze and was bred to provide the body high of an indica and the cerebral sativa effects. Blue Dream is highly effective for pain management without the sedative effects of a pure indica. Effects are long lasting and she has a pleasant fruity taste.

Strain Name: Blue Dream
Date Acquired: February 20, 2013
Current Menu: OCPC
Grade: A+
Type: Sativa
Looks: Nice, fat and tight marijuana nuggets. Well cured with a nice spring back with a two finger squeeze. Noticeable orange/rust colored "hairs" and heavily trichomed as if sprinkled with sugar, giving the marijuana nuggets a nice lime green hue .
Smell: Sweet creamy funk and spice with noticeable berry/fruity scent coming over the top of the nostrils.
Taste: Like a fruit flavored gum that is has lost flavor. A bit of "flat" after taste leaving a bit of dry mouth.
Buzz Type: Uplifting and energetic with some sense of focus.
Buzz Length: Above Average to Long (1.5 to 2 hours)
Summary:
* I first medicated with Blue Dream years ago (I believe 2008-9) and have come across a few batches my during my initial years as a Medical Marijuana patient. But over the past two years of so, I've just strayed away from this strain probably due to its popularity as this has become a very popular strain for California growers. In California, Blue Dream and Blue Dream crosses are everywhere!
The marijuana nuggets I received were really nice and large which is typical of this strain. I love how I can squeeze a marijuana nugget and get that Charmin like bounce back. I was able to break off a piece of a marijuana nugget really easy without the whole nugget itself falling apart; very tight nuggets. Of the two large marijuana nuggets in hand, the second nugget I medicated with was very "sticky" as compared the first one I smoked off of. Residue and a slight scent was left on my fingers that I detect hours later.
This batch of Blue Dream had a nice scent that is not overpowering in the container nor does not linger with a "stench," but not the case with exhaled smoke; that did leave a STRONG "stench" in the area that took a few hours to dissipate. The scent left behind by exhaled smoke was a fruity funk; very pleasing to me, but NOT for the rest of my family. Thus, most smoking sessions were done out in the backyard.
On my first bowl, I was hit with an immediate sense of awareness. I "felt" a noticeable cerebral tingle that got me up and going. That "tingle" increased in intensity to the point where I could not sit still. I felt periods of a headband style kind of cerebral pressure. I had no issues working or playing while medicated with this batch of Blue Dream; although this strain did want me to be outdoors. Unfortunately, I was stuck many times indoors working. I felt somewhat "relaxed" on the come down.
Overall, the batch of Blue Dream is a nice day time strain and even for the evening if a pick up is needed to get you up and going. Can't forget about the focus this batch provided me, as for my "real job" that pays the bills, I did lots of work in timely fashion (getting stuff complete days before my deadlines).
I gotta say, no wonder Blue Dream is such a big hit in California. This batch I came across was an excellent Blue Dream grow. Seems to me California growers have "perfected" this strain. A real solid Sativa if you come across a good grow such as this!
Cheers (& Cough),
@IE420 Find some more awesome reviews here ie420patient.com
Comments