Warning: date(): It is not safe to rely on the system's timezone settings. You are *required* to use the date.timezone setting or the date_default_timezone_set() function. In case you used any of those methods and you are still getting this warning, you most likely misspelled the timezone identifier. We selected the timezone 'UTC' for now, but please set date.timezone to select your timezone. in /home/thcfinder.com/public_html/includes/functions.php on line 98
 Granddaddy Purple - Indica | Nugs Marijuana Blog | THC Finder - THC Finder 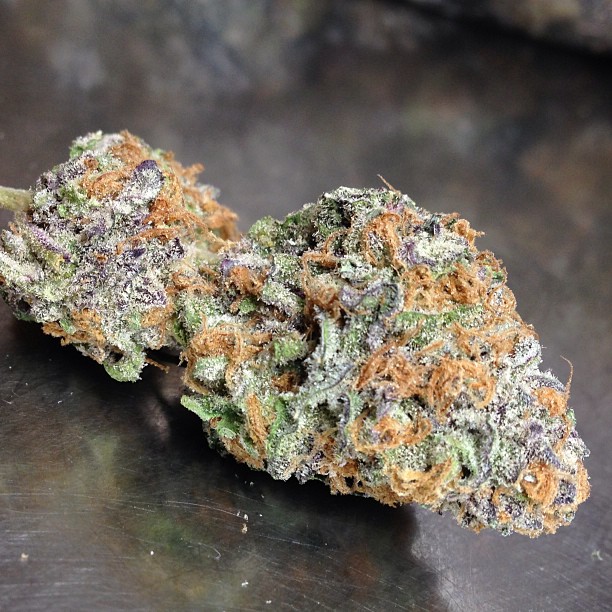 Green bud nuggets begin to show purple hues as they mature on Granddaddy Purple cannabis plants. This all-Indica marijuana strain is known worldwide for its many phenotypes that include Grape Ape, Grandaddy Grape Ape and Purple Erkel to name just a few. The strain hails from the Northern Californian hills as it has for more than 20 years. It grows very well indoors, either in water, air or soil. It has a predisposition to be short in bushy, as Indicas will. A euphoric effect about the same as the Purple Urkle is produced, a devastating Indica. This is a great night time strain because it%u2019s such a heavy indica buzz, with a very pleasant upper head body and warmth buzz which fades into droopy red eyes, munchies and complete pain relief and sedation.