Warning: date(): It is not safe to rely on the system's timezone settings. You are *required* to use the date.timezone setting or the date_default_timezone_set() function. In case you used any of those methods and you are still getting this warning, you most likely misspelled the timezone identifier. We selected the timezone 'UTC' for now, but please set date.timezone to select your timezone. in /home/thcfinder.com/public_html/includes/functions.php on line 98
 Bubble Gum - Indica | Nugs Marijuana Blog | THC Finder - Dispensaries THC Finder 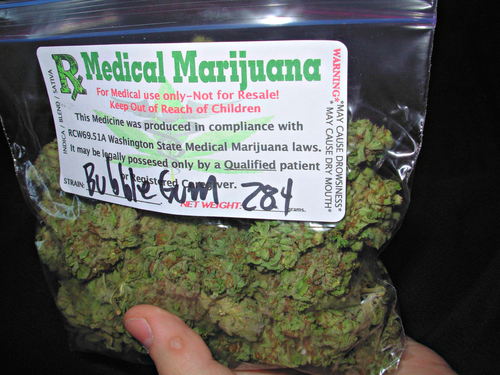 The Bubble Gum originated in Indiana in the 1970s. After making the rounds in the States, the genetics were taken to Holland during the 1990s, where a stable interbred variety was developed. Named Bubble Gum from the start, this variety quickly acquired a reputation for its sweetness, so much that the name "Bubble Gum" has been widely borrowed for all sorts of seeds and weed. The winner of many accolades, Bubble Gum has placed repeatedly in the High Times Cannabis Cup: 3rd place in 1994 for best coffeeshop product, 2nd place for best bioproduct and 2nd for the overall Cannabis Cup in 1995, and 2nd place again in 1999 for the overall Cannabis Cup.