Justice Department poised to respond to states that have legalized marijuana

Colorado and Washington state legalized the recreational use of marijuana in 2012, and Hickenlooper was concerned about how the federal government planned to respond. The new laws set the stage for what could be a sticky conflict between the state and federal government. Although the drug is now legal under state law, it is still banned under the federal Controlled Substances Act, Holder's Department of Justice is tasked to enforce. The states are still waiting for an answer from the feds, and Hickenlooper's inauguration chat with Holder was just one of many conversations in an ongoing discussion between the DOJ and state government officials.
Recalling the meeting, Hickenlooper said that Holder expressed that he was open to re-examining how the federal government deals with marijuana use in states that have legalized it, and was considering a variety of actions, including prioritizing enforcement, overhauling the department's rules and even pushing for a change in the law through Congress.
"They're open to all that," Hickenlooper told Yahoo News during a visit to Washington, D.C., last weekend. "He's been very candid in the sense that we've got to work on this together."
Read more: http://news.yahoo.com
Comments

Patrick Kennedy on marijuana: 'Destroys the brain and expedites psychosis' 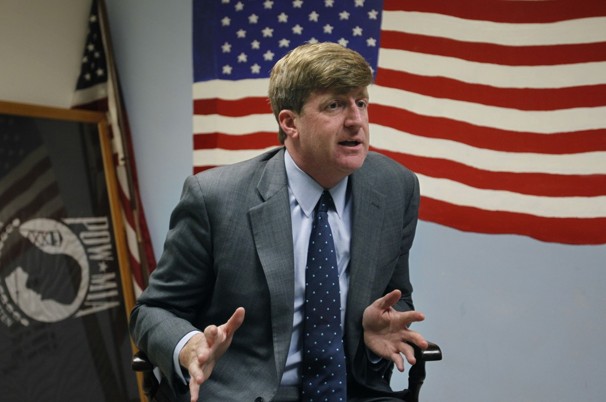 For a generation of liberals, legalization of marijuana has become a harmless — if not inevitable — issue.
Not for Patrick Kennedy. The former Rhode Island congressman and scion of the famed Democratic dynasty has taken a surprising turn to the right in this debate.
“Marijuana destroys the brain and expedites psychosis,” he told us Tuesday. “It’s just overall a very dangerous drug.”
Kennedy’s public battles with alcohol and prescription drugs are well known. Was pot an issue for him? He’s used it but wouldn’t elaborate. Still, it’s all part of the same conversation for him: “In terms of neurobiology, there’s no distinction between the quality and types of drugs that people get addicted to. That’s why they call it a gateway drug. Addiction is addiction is addiction.”
Supporters attending an Amendment 64 watch party last November celebrate after the marijuana amendment's passage, which made it legal in Colorado for individuals to possess marijuana for recreational use. (Brennan Linsley/AP) After 16 years in Congress, Kennedy, 45, left Washington two years ago and began traveling the country to see how legislation he spearheaded on mental health is being implemented. He’s become convinced that marijuana (“the biggest single threat to the cause I care so much about”) is as destructive as alcohol and tobacco and just launched Project SAM (Smart Approaches to Marijuana) to shift the debate from legalization to prevention and treatment — despite what appears to be a growing social acceptance of the drug.
A passionate Kennedy cited his years researching mental health issues in Congress, consulting with experts in the field and his own experiences in rehab.
Source: http://www.washingtonpost.com
Comments 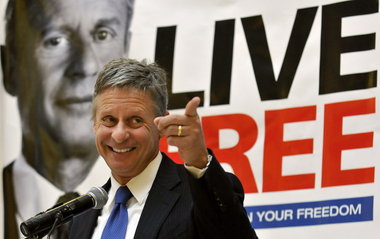 During his two terms as New Mexico governor, Gary Johnson was best known for two things: vetoing nearly half of the bills that reached his desk and advocating for marijuana legalization.
Now, as the Libertarian candidate for president and man of the hour for bereft, Johnson is angling to become forever known as the Ralph Nader of 2012 -- the third-party spoiler who ruined Al Gore's chance at the White House.
Republicans have to date appeared most fearful of Johnson: GOP operatives sued to keep him off of the ballot in some states, and the media's run with the risk-to-Romney storyline. But in swing state Colorado, Johnson's campaign is running robocalls that call out President Barack Obama for allowing his Justice Department to shut down state-legal cannabis dispensaries. This is a move aimed at liberals and the youth, both of who will vote on a marijuana legalization measure Tuesday.
Johnson's been on point across the country, in speeches and in interviews, claiming a vote for Obama or Romney is a wasted vote. More liberal than Obama on civil liberties and more conservative than Romney on the budget, Johnson doesn't care who wins tomorrow. Either way, the American public will know how similar the two mainstream parties are, he says.
This narrative hits medical marijuana supporters hard. After all, it was Obama who promised on the campaign trail that he'd respect states' rights on medical marijuana -- a promised echoed by Attorney General Eric Holder until federal prosecutors started shutting down countless cannabis dispensaries in California, Colorado, Montana, Michigan, and elsewhere.
Read more: http://blogs.sfweekly.com
Comments

Mitt Romney: Marijuana 'For Recreational Use' Is Bad, But I Also Oppose It For All Purposes

Republican presidential candidate Mitt Romney used an interesting phrase on Monday in response to a question about his stance on marijuana policy.
In an interview with the Denver Post, Romney was asked to weigh in on the future of the state's highly active medical marijuana industry.
"I oppose marijuana being used for recreational purposes and I believe the federal law should prohibit the recreational use of marijuana," he said.
As the Washington Post points out, his decision to use the "recreational" distinction is strange, especially in the context of a question about a state that has legalized marijuana for non-recreational use. Be that as it may, the Romney campaign later reiterated its steadfast support for continued prohibition on the substance in a statement to the Post.
"Governor Romney has a long record of opposing the use of marijuana for any reason," a spokesperson said. "He opposes legalizing drugs, including marijuana for medicinal purposes. He will fully enforce the nation’s drug laws, and he will oppose any attempts at legalization."
Source: http://www.huffingtonpost.com
Comments 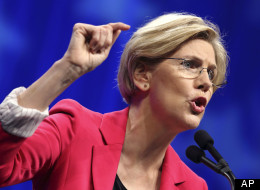 Massachusetts Senate candidate Elizabeth Warren offered her support for legalizing medical marijuana in an interview with a Boston radio station on Monday. She said her father's battle with cancer taught her the importance of using appropriate drugs to help alleviate pain.

“You know, I held my father's hand while he died of cancer,” she said, “and it's really painful when you do something like that up close and personal. My mother was already gone, and I was very, very close to my father. And it puts me in a position of saying, if there's something a physician can prescribe that can help someone who's suffering, I'm in favor of that. Now, I want to make sure they've got the right restrictions. It should be like any other prescription drug -- that there's careful control over it. But I think it's really hard to watch somebody suffer that you love.”

Voters in Massachusetts will be deciding this fall on whether or not to make Question 3 law, and legalize medical marijuana for qualified patients.

Meanwhile, across the country in Colorado, former GOP Rep. Tom Tancredo voiced his support for his state's ballot measure to legalize the sale of marijuana in a letter to Republican lawmakers. "I have decided that it presents a responsible, effective and much-needed solution to a misguided policy,” Tancredo wrote last week. "Eighty years ago, Colorado voters concerned about the health and safety of their families and communities approved a ballot initiative to repeal alcohol prohibition prior to it being done by the federal government. This November, we have the opportunity to end the equally problematic and ineffective policy of marijuana prohibition."

The momentum is clearly with those who favor marijuana law reform. Will it translate into votes in November? 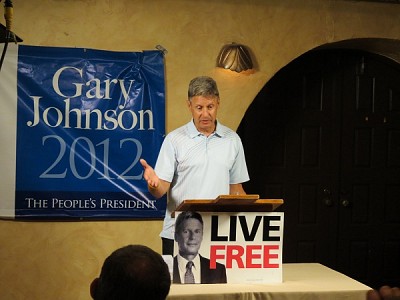 Republican Vice Presidential candidate Paul Ryan recently said in a radio interview that while he is opposed to medical marijuana, states should be allowed to decided MMJ policy for themselves.

While we can take Mr. Ryan’s words with the proverbial “grain of salt,” his enunciation of them puts medical marijuana in the news, which is always a good thing.

A Presidential candidate that actually supports medical marijuana and legalization in general, Gary Johnson, took the opportunity to release a statement responding to Ryan’s words.

"While I applaud Paul Ryan's words, this is not the first time we have heard a candidate for national office express a willingness to tolerate state medical marijuana laws, so 'buyer beware',” Governor Johnson said. “Barack Obama categorically pledged to not use federal resources to go after medical marijuana dispensaries operating legally under state law, and his Justice Department even issued a memo to that effect. But what's happened? The Obama Administration has proven to be an even greater enemy to medical marijuana than President George W. Bush.

"We've heard Barack Obama's words, and seen his actions. Now we've heard Paul Ryan's words. And all we really know about Mitt Romney on this issue is that he doesn't want to talk about it, having rebuffed questions from the media and a medical marijuana patient.

“Medical marijuana may not be an important issue for Gov. Romney, or for any of the other candidates, but it is vitally important to the many Americans who are suffering and who could be helped if the Feds would just get out of the way. Polls show 70 percent of Americans believe states should be free to permit medical marijuana. We need to know where Mitt Romney stands."

Mitt Romney has said he opposes medical marijuana on at least two occasions, and the odds of him slowing the federal crackdown if elected are slim at best.