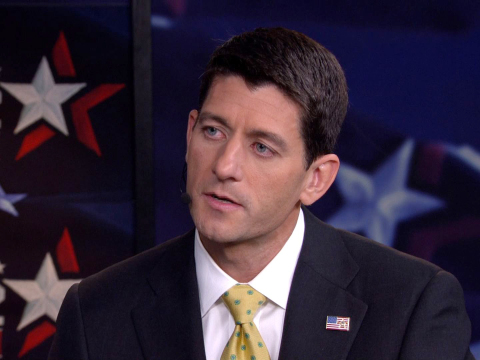 Romney Vows to Fight Marijuana Legalization 'Tooth and Nail' Unlike His Opponent? 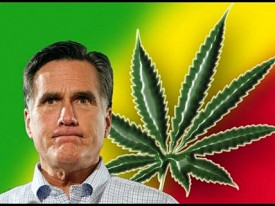 This clip of Mitt Romney talking about marijuana at an appearance in New Hampshire is about a month and a half old, but I don't think anyone has noted it here yet. It is interesting for the way it reflects the basic difference between Romney and Barack Obama when it comes to drug policy, which is a matter of style rather than substance. Asked about legalizing marijuana for medical use, Romney gives the standard prohibitionist response:

I would not legalize marijuana for medicinal purposes, and the reasons are straightforward: As I talk to people in my state and at the federal government level about marijuana and its role in society, they are convinced that the entry way into a drug culture for our young people is marijuana. Marijuana is the starter drug....The idea of medical marijuana is designed to get marijuana out in the public marketplace and ultimately lead to the legalization of marijuana overall. And in my view, that's the wrong way to go. I know that other people have differing views. If you'd like to get someone who is in favor of marijuana, I know there are some on the Democratic side of the aisle who will be happy to get in your campaign. But I'm opposed to it, and if you elect me president, you're not going to see legalized marijuana. I'm going to fight it tooth and nail.
Comments 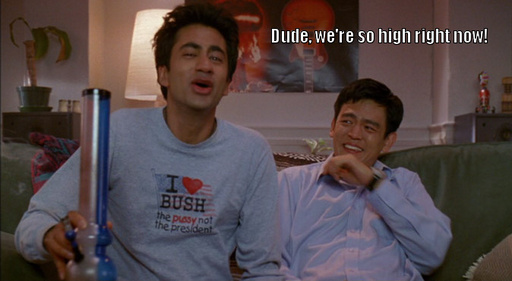 As the Democratic National Convention kicks into gear in North Carolina, a new promo from the Obama campaign clearly aims at the youth vote; more specifically, the “stoner” vote.

The promo is for the convention’s web coverage, hosted by Kal Penn, aka Kumar. In it Obama is seen to be engaging in a very serious conversation, a pep talk even. Cut to “Harold & Kumar” surrounded by food and laughing at cartoons. The only thing missing is a massive bong hit.

Obama is urging Kal Penn to support his campaign because he is counting on Kal. His pairing with Harold in the promo wouldn’t seem to target the “stoner” community in itself, but throw in the munchies and cartoons and this screams “pandering.”

Is Kumar supposed to make millions of medical marijuana patients forget how they were betrayed? Obama is Mr. Cool Guy with his Hollywood buddies while patients suffer; is that supposed to be funny? Inspiring? How about pathetic?

Cannabis users aren’t as stupid as you seem to think Mr. President. Contrary to the stereotypes about memory loss, there is no way patients can forget your flip-flop on MMJ. 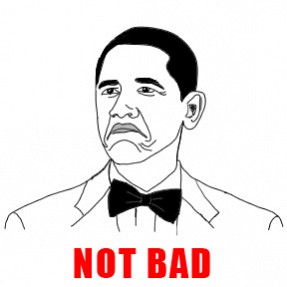 Yesterday afternoon, President Barack Obama took to the so-called front page of the Internet, Reddit.com, in order to answer questions from users in an AMA —"Ask Me Anything." Almost four million page views crashed the servers and Obama ended upanswering a mere ten questions out of more than 22 thousand.

And, he ignored a lot ofbig issues, noted Slate:

Popular questions about medical marijuana, soldiers with posttraumatic stress disorder, and the president’s failure to close Guantanamo, meanwhile, went unanswered. “20 bucks says he doesn’t address this,” one Redditor predicted, correctly, about the marijuana question. “Should have been titled, Ask Me Almost Anything,” another grumbled.

To be generous, let's say five were legitimate questions and answers, including one on Internet freedom: 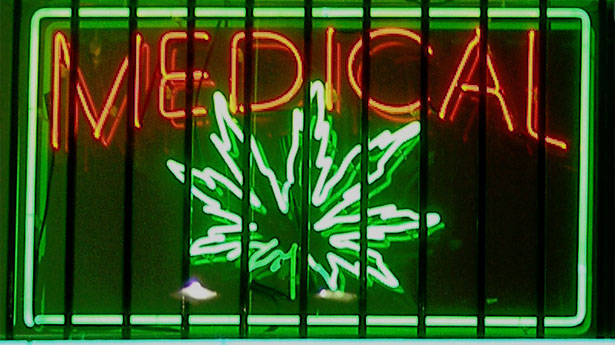 The San Diego chapter of the ACLU says U.S. Attorney Laura Duffy is interfering in the politics by threatening city officials in Del Mar, CA over their medical marijuana dispensary policy.

Del Mar is considering a ballot initiative this fall that would legalize dispensaries and the ACLU wrote in an Aug. 2 letter to Duffy that threatening prosecution for city employees amounts to “unjustified interference in local legislative matters.”

But Duffy stands by her tactics. “I respectfully disagree with the ACLU’s analysis of federal and state law in this context, and would note that the guidance I provided to the Del Mar City Attorney’s Office is guidance that has consistently been taken by numerous United States Attorney’s Offices around the country as well as the Department of Justice,” she said in a statement this week.

But David Loy, legal director for the ACLU of San Diego & Imperial Counties, said Duffy’s assertion also is legally wrong — and that court cases have said public employees are immune from prosecution when doing administrative tasks required under medical marijuana laws. He called on Duffy to retract the statement.

That’s very unlikely to happen as all the U.S. Attorneys in California – and in other states – have one thing in mind: wiping out the medical marijuana industry.

And Duffy is more likely to dig in her heels after what happened last week, when she was the target of an elaborate hoax by medical marijuana supporters who sent out bogus news releases ostensibly from her office, with one declaring she was cracking down on legal pharmacies dispensing prescription medication. She is thinking about prosecuting them for impersonating a federal officer.

It looks as if the pressure from the feds on medical marijuana is a long way from letting up.

In Grand Junction circa mid July, advocates for Amendment 64, the Regulate Marijuana Like Alcohol Act, launched an electronic billboard message featuring televangelist Pat Robertson, who'd spoken positively about the measure. Robertson subsequently asked that the message be removed, so it's now been changed to feature an even more famous person: President Barack Obama, who speaks in Grand Junction later today. Here's a first look.
The slogan this time around goes beyond Amendment 64 to the question of whether the Obama administration is cracking down on the medical marijuana industry.
As noted by Aaron Smith, executive director of the National Cannabis Industry Association, U.S. Attorney John Walsh recently sent closure letters to ten dispensaries said to be within 1,000 feet of schools -- the third batch of such missives, which were initially sent out earlier this year and have already resulted in the shutdown of nearly fifty centers. In Smith's view, such actions violate the previous Obama administration policy of deferring to state law in states that have approved medical marijuana.
In a tightly contested swing state like Colorado, Obama will need every vote. So the billboard is a way to remind the President that there are tens of thousands of MMJ patients who can either vote for him, as most likely did in 2008, or turn against him if they think he's turned against them.
According to Smith, the new billboard was illuminated a short time ago and will remain in place for the next six days -- "although today," he says, "it should have the biggest impact."
Source: http://blogs.westword.com
Comments