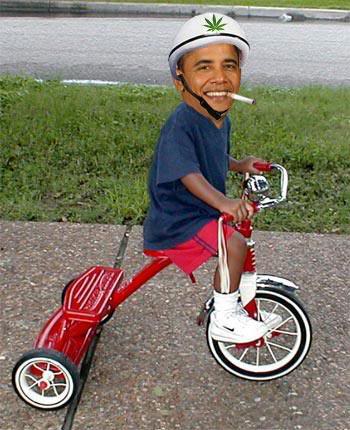 Should I even bother to ask why Obama has dodged our questions once again, or is it that obvious now to all people what's going on here.

​President Barack Obama, again, turned to social media to connect with voters -- and again he used it as another chance to ignore talking pot.
You might have noticed that every time President Obama takes to the series of interactive intertubes, the unwashed masses want to talk, not taxes and not turkey, but the good herb. Last year, the POTUS employed YouTube and Twitter to walk amongst the people, and on Monday, Obama connected with his fellow Americans using "Hangout" on Google +.
Just like the last two times, viewers/voters submitted questions to the president for consideration via YouTube. And just like the last two times, a question about marijuana legalization was the top draw.
And, just like the last time, the question from a retired cop about failed drug policy and a reexamination of law enforcement priorities was not forwarded to the president.
Yet again, Obama is blameless: The White House says Google + moderators selected the questions.
(Source) http://blogs.sfweekly.com
Comments

A YouTube video of Gov. Mitt Romney being asked about medical marijuana on October 6, 2007, is circulating on the Internet, revealing Romney dismissing the concerns of an ill man.

In the video, an 80-pound man in a wheel chair asked the governor about medical marijuana, saying that he had a rare form of muscular dystrophy and that the only prescribed medication that did not make him ill was marijuana. He said that he could die without it. Romney suggested that the young man use synthetic marijuana, which the sick man said made him violently sick.
When asked if he would arrest the man and his doctors for prescribing medical marijuana, Romney responded, "I'm not in favor of medical marijuana," and dismissed him.

No, Mitt Romney will not answer your marijuana questions 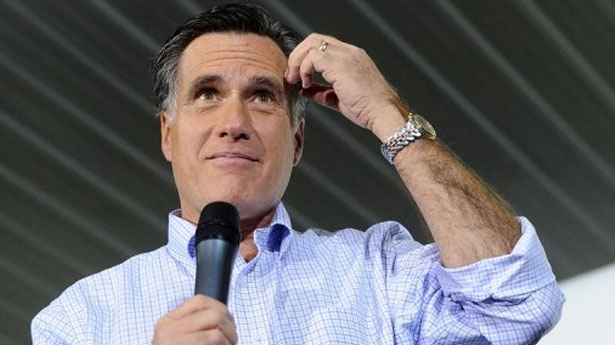 Like most of the Republican presidential candidates, Mitt Romney has spent the past week touring New Hampshire to drum up final votes for today’s Granite State primary. And through it all he has been trailed by Students for a Sensible Drug Policy activists who want the former Massachusetts governor to spell out his position on marijuana, whether it be medicinal or simply industrial.
One student asked Romney whether he thought the war on drugs was working, while another wondered if the candidate believed medical marijuana patients should be arrested. Romney, however, refuses to offer a clear, lucid answer.
To the first question, Romney replied, “It’s a long question that deserves a full answer, and not just in a photo line like this…Look on my website; you’ll see my answer.” As Raw Story points out, however, there is no such answer on his website.
To the second question about medical marijuana, Romney said he’s “in favor of having the law not allow illegal marijuana,” which really isn’t at all an answer to the inquiry.
During a third encounter, when the former Massachusetts governor was asked whether industrialized hemp should be used for textiles, paper and such, Romney said, “I’m not quite sure what industrialized hemp is.” So in addition to evasive on the issue, Romney is also ignorant. Maybe he should ask Newt Gingrich for a history lesson.
(Source) http://www.deathandtaxesmag.com
Comments

Grading The GOP Candidates On Marijuana 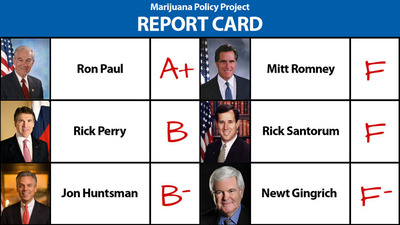 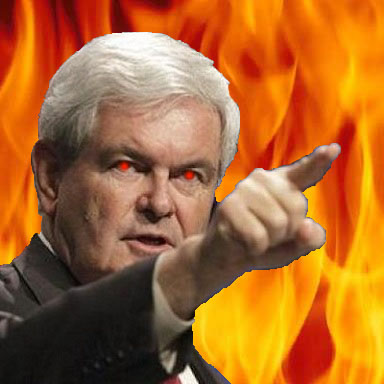 Fourth-tier GOP presidential candidate and one-time debate sensation Gary Johnson became the latest to level a “serial hypocrisy” attack at frontrunner Newt Gingrich over the weekend, telling MSNBC’s Alex Witt that in 1997, Gingrich “proposed the death penalty for marijuana — for possession of marijuana above a certain quantity of marijuana, and yet he is among 100 million americans who smoke marijuana.”
While Alex Witt didn’t think Gingrich’s herbal history would be “at the forefront,” maybe it should.
Johnson later referenced Gingrich’s marijuana use in the past tense, saying that he “would love to have a discussion with (Gingrich) on the fact that he smoked pot, and under the wrong set of circumstances, he proposed the death penalty for something, potentially, that he had committed?”
Gingrich, you may be surprised to learn, admitted to youthful marijuana use, and according to Reason magazine, was sort of ahead of his time:
Gingrich had this to say about his illegal drug use: “That was a sign we were alive and in graduate school in that era.” Somehow, an activity that was no big deal in the late ‘60s and early ‘70s had become shameful and scandalous by the late ‘80s.
Although Gingrich excuses his illegal drug use by implying that most of his fellow students also smoked pot, marijuana use was probably less common when he was in graduate school than it was in 1988. The government’s survey data don’t go back to 1971, when Gingrich got his Ph.D. But the survey shows a steady rise in drug use from 1974 until 1979. Although reported drug use declined after that, in 1988 it was still considerably higher than in 1974.
He was also an early proponent of legalized medical marijuana, penning a passionate, eloquent letter for the Journal of the American Medical Association in 1982.
(Source) http://www.mediaite.com
Comments

Obama's DOJ Cracks Down on Medical Marijuana: California vs. The Feds 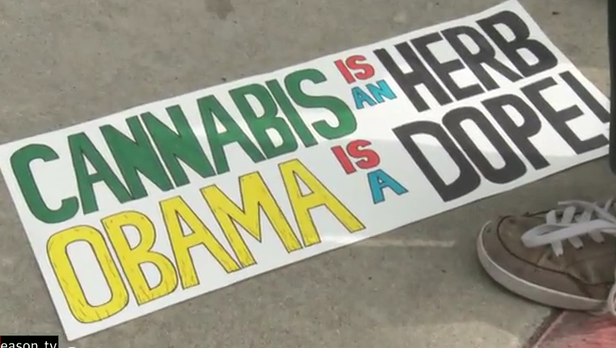