Warning: date(): It is not safe to rely on the system's timezone settings. You are *required* to use the date.timezone setting or the date_default_timezone_set() function. In case you used any of those methods and you are still getting this warning, you most likely misspelled the timezone identifier. We selected the timezone 'UTC' for now, but please set date.timezone to select your timezone. in /home/thcfinder.com/public_html/includes/functions.php on line 98
 Obama Administration Memo Spells End of Medical Marijuana Industry? | THC Finder 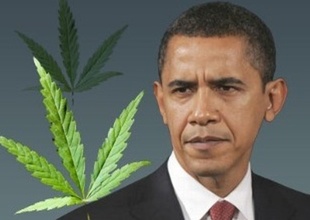 Landlords are the new victims in this battle of medical marijuana and the federal government.

On the heels of issuing Oakland's legendary Harborside Health Center--the largest medical marijuana collective in the country with over 90,000 members--a $2.4 million tax bill, the federal government is now threatening landlords with the seizure of any property used for marijuana production and distribution. Acccording to a Bay Area television report yesterday, landlords in Northern California are receiving letters warning them that they could lose their property if they rent to folks involved in the weed industry.
It's just the latest evidence that despite early signs from the Obama administration that it wasn't going to interfere with the right of states to allow the medical use of marijuana, nothing could be further from the truth. And assuming the feds make good on this latest threat, it could mean the end of medical marijuana as we know it.
"With the blink of an eye and the flick of the wrist, they can shut down medical marijuana in California," said Christopher Glew, who represents several cannabis collectives in Orange County and elsewhere in California. "The funny thing is they have the absolute right to do it and there's nothing anyone can do to stop it. By going after landowners, they can grab a bunch of land, make a bunch of money, and save face politically by saying, 'Hey, we're not going after sick patients or arresting little old ladies--we're going after rich landlords.'"
(Source) http://blogs.ocweekly.com
Comments