Warning: date(): It is not safe to rely on the system's timezone settings. You are *required* to use the date.timezone setting or the date_default_timezone_set() function. In case you used any of those methods and you are still getting this warning, you most likely misspelled the timezone identifier. We selected the timezone 'UTC' for now, but please set date.timezone to select your timezone. in /home/thcfinder.com/public_html/includes/functions.php on line 98
 Pot Matters: Marijuana and the Grand Old Party | Politics Marijuana THC Finder 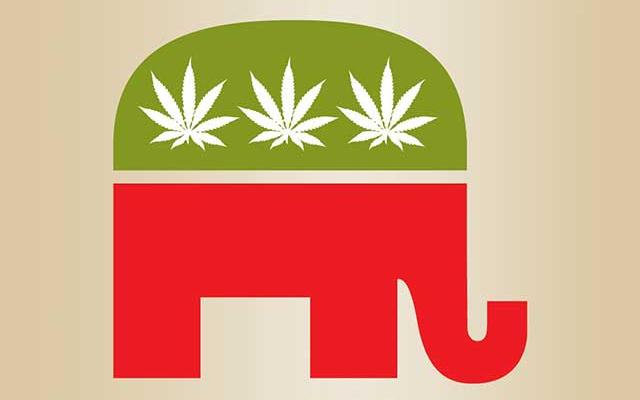 Chris Christie is against it; Rand Paul is for it; Jeb Bush and Carly Fiorina want to increase funding and attention to drug treatment as an alternative to incarceration; and many candidates have expressed their support for states' rights to have different policies than the federal government.

Supporters of marijuana legalization approve and appreciate Paul’s positions on drug policy reform, as well as the support for legalization provided by libertarians now and consistently in the past.

For many in the media, the discussion during the debate suggested that Republicans are warming to the idea of state level legalization. For example, MSNBC published a piece entitled, “GOPers open the door to legal marijuana.” Reason.com has a piece focusing on how Chris Christie remains the only candidate outright opposed to legalization, promising to apply federal law in Colorado and other legalized states.

All in all, Republicans are being portrayed as embracing a policy of benign neglect toward marijuana reform. Hands-off, not a priority, got better things to do... Frankly, this is also the policy of many Democrats.