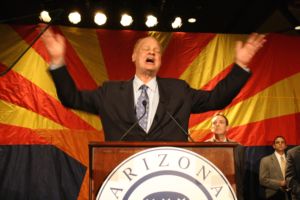 Arizona voted months ago to legalize marijuana, but a new lawsuit takes aim at informal cannabis clubs sprouting like a certain weed.
Arizona Attorney General Tom Horne on Monday asked a judge to shut down three Phoenix-area medical-marijuana clubs, charging that they were violating the law by charging fees. The lawsuit reflects the confusion billowing around the legal status of marijuana in Arizona: in November voters passed a proposition allowing medical marijuana, but no licenses for dispensaries have been issued as a judge considers a lawsuit filed by Governor Jan Brewer.
Under Proposition 203, patients can legally grow marijuana and give it to other patients as long as there are no dispensaries nearby and nothing of value is exchanged. But Horne argued that the three cannabis clubs "falsely claim to be operating lawfully under the Arizona Medical Marijuana Act" because they charge a fee.
"[If] it was just a place for the patients to go and transfer marijuana for no fee, I suppose it wouldn't be a problem," Horne said.
Al Sobol, founder of the 2811 Club, argued that his business is not an unlicensed dispensary despite the fact that it charges an application fee of $25 and a $75 entry fee each visit to attend classes and get a free sample. He told the Tucson Citizen that his club is "just a venue" that allows patients to exchange medical marijuana in a "safe, dignified way."
"We've done everything to try to be totally honest," Sobol said. "We believe that this is completely compliant with state law."
The murky legal terrain occupied by unofficial clubs like 2811 reflects a disconnect between federal drug laws and states statutes that legalize some aspect of marijuana. More Mexican-grown marijuana enters this Arizona than any other state, according to federal government data cited by The New York Times, and people carrying medical marijuana cards have been the targets of raids.
"In lieu of a regulated industry, we're now creating an environment in which patients are growing their own with limited oversight, and these private clubs of questionable legality are popping up," Joe Yuhas of the Arizona Medical Marijuana Association told The Times.
(Source) http://www.ibtimes.com
Comments 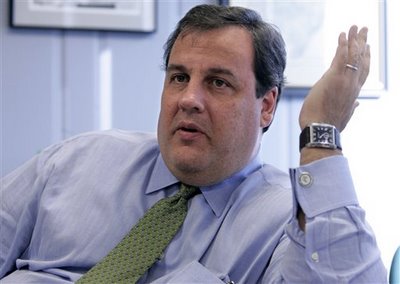 New Jersey Governor Chris Christie said he plans to lift a suspension on implementing the state’s medical-marijuana program.
Christie, a first-term Republican and former U.S. prosecutor, told reporters he doesn’t believe federal law- enforcement officials will go after dispensaries of medical marijuana or state workers who help to implement the program.
“I believe that the need to provide compassionate pain relief to these citizens of our state outweighs the risk we are taking in moving forward with the program,” Christie said today in Trenton.
Former Governor Jon Corzine, a Democrat who Christie succeeded, signed a law in 2009 legalizing marijuana for medicinal use in New Jersey by those suffering from cancer, acquired immune deficiency syndrome and other afflictions.
Christie, who took office in 2010, initially sought to reduce the number of marijuana dispensaries and to place more regulations on how the drug was grown and prescribed, saying he wanted to prevent abuse.
In December, the governor announced a compromise that would allow six centers statewide to grow and dispense pot. It would also limit the potency of the prescribed drug.
Christie said last month he would delay New Jersey’s medical-marijuana law until getting clarification from U.S. authorities over whether workers would face federal charges. The sale and possession of pot is illegal under federal law, even for medical use.
Risk Worth Taking
“It’s a risk worth taking” to alleviate pain, Christie said. New Jersey’s medical-marijuana law allows for a “narrow, medically based program,” he said.
New Jersey’s health department will contact the six dispensaries today and expects to hear back from them within a week about their readiness to open, Christie said. The state plans to move forward “as expeditiously as possible,” he said.
Sixteen states and the District of Columbia have legalized marijuana for medical purposes, according to the Marijuana Policy Project, a Washington-based group that wants the drug legalized and regulated for all users.
(Source) http://www.bloomberg.com
Comments 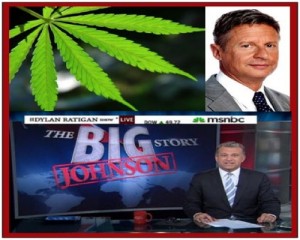 Former governor of New Mexico and 2012 GOP candidate Gary Johnson has expressed his support of the legalization of Marijuana in the U.S.
“So I advocate legalizing marijuana, control it, regulate it, tax it,” said Johnson in May at the Republican presidential debate.
“It would never be legal for kids to smoke pot or buy pot,” he added.
Along with reforms on marijuana he also plans to implement harm reduction strategies for other drugs furthering the decriminalization of drug distribution and use in the U.S.
Johnson also expressed his feelings on the criminalization of marijuana: “Half of what we spend on law enforcement, the prisons and the courts is drug related. And to what end? We’re arresting 1.8 million people a year in this country,” said Johnson.
He added: “We have the highest incarceration rate of any country in the world. Ninety percent of it is prohibition related, not use related.”
(Source) http://www.christianpost.com
Comments 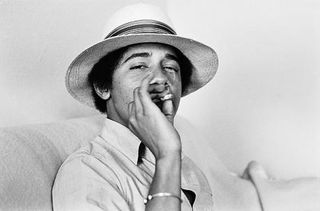 President Obama ignored medical marijuana during his Twitter Town Hall yesterday. He won’t be able to do that for much longer.
When Barack Obama was elected president in 2008, he vowed to take a “hands off” approach to medical marijuana. “The president believes that federal resources should not be used to circumvent state laws, and as he continues to appoint senior leadership to fill out the ranks of the federal government, he expects them to review their policies with that in mind,” said a White House spokesman in 2009.
But Obama has broken that promise by repeatedly approving Department of Justice raids on legal dispensaries from coast-to-coast and looking the other way as patients are denied their right to relief.
And not only is Obama looking the other way, he’s completely ignoring the issue: during yesterday’s Twitter Town Hall, the president neglected to answer 4911 questions about his pot policy. “Would you consider legalizing marijuana to increase revenue and save tax dollars by freeing up crowded prisons, court rooms?,” asked the inquisitive public of the president. It was the most asked question of the Town Hall, receiving nearly 3 times the number of retweets as the second most-asked question.
The president also refused to answer related questions during a YouTube question and answer session earlier this year. But last week the President’s Justice Department released a memo insisting that they will continue enforcing the federal government’s anti-pot law.
“Persons who are in the business of cultivating, selling or distributing marijuana, and those who knowingly facilitate such activities, are in violation of the Controlled Substances Act, regardless of state law,” wrote Deputy Attorney General James Cole, who frets over “increase in the scope of commercial cultivation, sale, distribution and use of marijuana for purported medical purposes.”
In addition to having what pot advocates call a “chilling effect” on various states’ possible legislation for medical marijuana, the Obama administration’s continued war on pot will have political ramifications, as well.
(Source) http://www.deathandtaxesmag.com
Comments 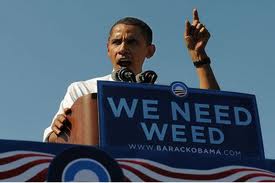 The Justice Department and the Obama administration appear to have backtracked on early promises to respect state medical marijuana laws, opening the door for more federal raids on medical marijuana growers and dispensaries.
In a memo sent June 29 to U.S. attorneys, Deputy Attorney General James Cole said cultivators and sellers of medical marijuana were in clear violation of the Controlled Substances Act and open for prosecution. That’s a marked departure from the Obama administration’s early rhetoric, which was that those in compliance with state medical marijuana laws wouldn’t be a priority for federal law enforcement. (As DOJ reviews legality of merger, it’s AT&T versus Sprint)
On the campaign trail in 2008, Obama said, “I’m not going to be using Justice Department resources to try to circumvent state laws on this issue.”
In an October 2009 memo, previous Deputy Attorney General David Ogden said U.S. attorneys “should not focus federal resources” on prosecuting those who are in “clear and unambiguous compliance with existing state laws providing for the medical use of marijuana.”
Attorney General Eric Holder, an Obama appointee, also signaled that the administration would respect state medical marijuana laws.
“For those organizations that are doing so sanctioned by state law, and doing it in a way that is consistent with state law, and given the limited resources that we have, that will not be an emphasis for this administration,” Holder said in 2009.
In Cole’s memo, which was written in response to inquiries from U.S. attorneys regarding the 2009 directive, Cole struck quite a different tone.
“The Ogden Memorandum was never intended to shield such activities from federal enforcement action and prosecution, even where those activities purport to comply with state law,” Cole wrote. “Persons who are in the business of cultivating, selling or distributing marijuana, and those who knowingly facilitate such activities, are in violation of the Controlled Substances Act, regardless of state law. Consistent with resource constraints and the discretion you may exercise in your district, such persons are subject to federal enforcement action, including potential prosecution. State laws or local ordinances are not a defense to civil or criminal enforcement of federal law with respect to such conduct, including enforcement of the CSA.”
The increase in raids and the new memo leave state-approved marijuana dispensaries on shaky ground, especially in places where such statutes are still new or in development, such as in Washington, D.C. A lawsuit was filed in May against the federal government seeking to stop enforcement of the Controlled Substances Act in D.C. until a judicial review of D.C.’s medical marijuana laws.
(Source) http://dailycaller.com
Comments 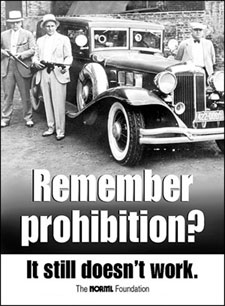 Reps. Ron Paul (R-TX) and Barney Frank (D-MA) are set to introduce a bipartisan bill today that would remove the federal prohibition on marijuana. The bill would instead let states legalize, regulate and tax marijuana.
The USA Today reports the bill is being championed by a legalization advocacy group:
The Marijuana Policy Project highlights that 46.5% of Californians voted for Proposition 19. It also cites a report released this month by the Global Commission on Drug Policy that slammed the decades-old war on drugs and called on governments to take a look at decriminalizing marijuana and other drugs.
The bill by Frank and Paul would "end state/federal conflicts over marijuana policy, re-prioritize federal resources and provide more room for states to do what is best for their own citizens," the group says.
Politico says the legislation is modeled after the 21st Amendment to the Constitution, which repealed the federal prohibition on alcohol and handed that responsibility to the states. Quoting the Marijuana Policy Project, Politico reports its "the first bill ever introduced in Congress to end federal marijuana prohibition."
But, as CNN money puts it, the bill is a long shot. But part of the point, adds CNN, is to start a conversation.
The bill is co-sponsored by Reps. John Conyers (D-MI), Steve Cohen (D-TN), Jared Polis (D-CO), and Barbara Lee (D-CA).
(Source) http://www.npr.org
Comments