Warning: date(): It is not safe to rely on the system's timezone settings. You are *required* to use the date.timezone setting or the date_default_timezone_set() function. In case you used any of those methods and you are still getting this warning, you most likely misspelled the timezone identifier. We selected the timezone 'UTC' for now, but please set date.timezone to select your timezone. in /home/thcfinder.com/public_html/includes/functions.php on line 98
 The Shut Down Of Silk Road | Culture Marijuana Blog | THC Finder - THC Finder

The Shut Down Of Silk Road 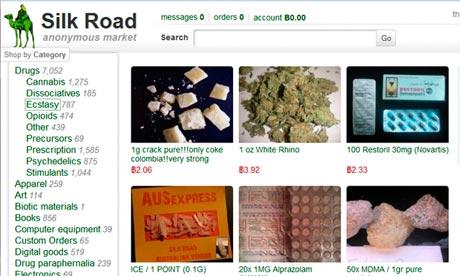 The biggest taboo about buying weed would have to be buying it online. Even the idea of buying bud over the Internet is looked down upon. Most Instagram pages make it very clear; their photos are for educational purposes. Nothing is for sale. Asking about weed for sale earns ridicule and nasty comments on the web. However, one person pioneered drugs on the world wide web and now, is facing some serious trouble.
Silk Road was an Internet market place where you could buy whatever you really felt like buying in regards to drugs. Whether you were looking for marijuana or MDMA, Silk Road could provide discreet delivery of your drug of choice to your home. However, there were other items for sale as well, including books, art, and apparel. The site brought in around $92,000 a month as the "Amazon of illegal drugs". With almost 1,000,000 users registered when the site was seized and shut down by the DEA and FBI, Silk Road serviced users all over the world.
Using a form of money called Bitcoin, Silk Road was able to evade law enforcement for an extended period of time. It was in February of 2011 and was seized on October 2 of 2013. It's incredible that the site managed to stay up for that long. The site was so large that it had it's own personal army of dealers, growers, and manufacturers. Unfortunately for users and the owner of the site, an Australian MDMA/cocaine dealer was busted when his shipment to the site was intercepted and it all went downhill from there. In May 2013, the site crashed due to an outside attack and was officially shut down in October.
While the sale of drugs such as heroin and cocaine aren't exactly the best, marijuana was included in this site and from what users claim, it was some seriously good bud. Being able to get quality bud online via Silk Road was probably an outlet for a lot of patients in illegal states. Whether or not there were patients depending on Silk Road, it is debatable if the arrests of the people involved are because of the illegal substances being sold or in an attempt to complete annihilate any privacy on the Internet.
The alleged creator of the site, Ross Ulbricht is currently in jail but said in an interview earlier this week that he's "not concerned with the future" according the The Guardian . The 29-year-old didn't comment on whether he was guilty or not but this arrest is his first. His charges include drug trafficking, money laundering, soliciting murder, and computer hacking. Other than this one interview with the Guardian, Ulbricht has not been talking to the press on the advice of his lawyer.
Issues like this stem from so many rules and law being implemented on people. If the governments would back off and regulate things for the good of the people, things would be much different. In Switzerland, the government regulates the distribution of heroin in clinics. With this system, the country has reported that not only have HIV and crimes rates drastically decreased but the society overall has become incredibly socially productive. By regulating the amount of heroin that people use, plus being able to get medical grade heroin rather than the black market tar, the users of heroin in Switzerland can lead a better life. While heroin is an extremely dangerous narcotic, the majority of inmates in prison are charged with nonviolent marijuana crimes. If cannabis was legalized and regulated, there would be a severe decrease in "crime", as well as a more productive society.
Comments