Warning: date(): It is not safe to rely on the system's timezone settings. You are *required* to use the date.timezone setting or the date_default_timezone_set() function. In case you used any of those methods and you are still getting this warning, you most likely misspelled the timezone identifier. We selected the timezone 'UTC' for now, but please set date.timezone to select your timezone. in /home/thcfinder.com/public_html/includes/functions.php on line 98
 Nevada mulls medical marijuana dispensaries | Dispensaries Marijuana THC Finder 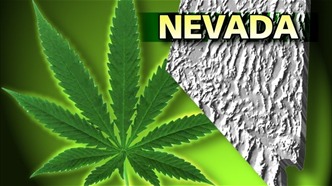 As a deadline loomed, medical marijuana advocates renewed their push for legal access to the drug in Nevada on Saturday during an Assembly committee meeting.
The chamber’s Judiciary Committee heard passionate support for state Senate Bill 374 for hours during the rare weekend hearing.
The proposal would establish a framework to make pot available to medical marijuana card holders, imposing fees and requirements for growers, processors and dispensaries of marijuana. The bill also contains provisions to continue to allow home-growing. The taxes raised would first fund the regulatory structure for the state — any remaining balance would then go to education.
The state Senate already approved the measure which requires a two-thirds supermajority vote in both houses.
The bill faces a Monday night cutoff.
Nevada voters legalized medical marijuana in 2000, and pot cards started going out the next year. However, efforts to create a legal way for users to obtain the drug — aside from home growing processes — have all failed over the years.
State Sen. Mark Hutchison, R-Las Vegas, told the committee he doesn’t support the concept of the bill, but that he believes it is the Legislature’s obligation to act because voters mandated access when they legalized the drug.
“I don’t think this is a good idea — I don’t think it’s a good policy for the state — but I lost that battle,” Hutchison said, adding, “You don’t get to pick and choose” what parts of the constitution to enforce.
Read more: http://www.rgj.com
Comments