Warning: date(): It is not safe to rely on the system's timezone settings. You are *required* to use the date.timezone setting or the date_default_timezone_set() function. In case you used any of those methods and you are still getting this warning, you most likely misspelled the timezone identifier. We selected the timezone 'UTC' for now, but please set date.timezone to select your timezone. in /home/thcfinder.com/public_html/includes/functions.php on line 98
 Santa Ana doesn't care about Medical Marijuana Patients | Dispensaries THC Finder 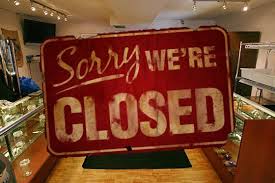 SANTA ANA – Over the last month, a majority of medical marijuana dispensaries operating in Santa Ana have been shut down.
As of May 17, 59 were in operation. Following the closure of 42 businesses, city officials announced this week that the number had been cut to 17. Over the past 21/2 years, the city has closed 109 illegal dispensaries.
The city has been working with federal officials to shut its remaining dispensaries.
"We're being more proactive," said city spokesman Jose Gonzalez.
Source: http://www.ocregister.com
Comments