Amid the controversies about federal versus provincial control of the cannabis biz, as Canada prepares for legalization, another jurisdictional issue has emerged. At the annual meeting of the Assembly of First Nations (AFN) in Ottawa December 6, leaders of Canada’s indigenous people demanded the right to set the laws that will oversee cannabis within their own territories.

Chiefs attending the conference expressed wide-ranging views on the pending plan for legalizing cannabis by next July 1, according to a write-up in the Globe & Mail.

The report indicated some tension between native communities seeking a more tolerant or more restrictive approach to the herb. Some leaders said they are looking forward to sharing in the revenues that will be generated by the new industry. 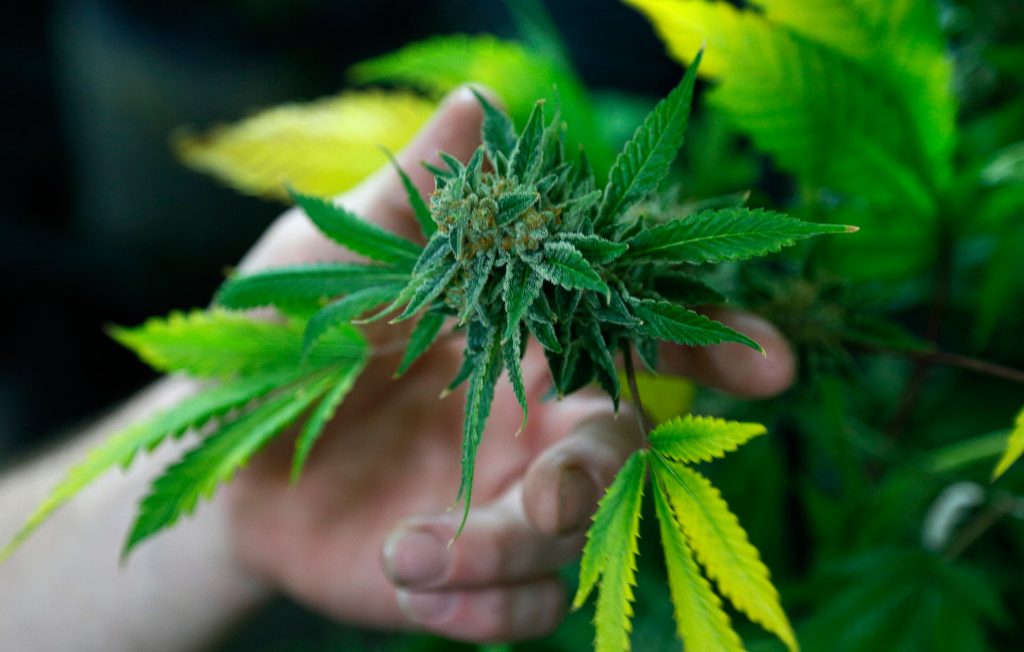 LOS ANGELES — California’s legal pot market opens for business on Jan. 1. The day will be a milestone, but what exactly will happen then and, especially, in the weeks and months to come is unclear.

Lori Ajax is the state’s top pot regulator and has been at the center of the effort to establish rules for a legal pot economy valued at $7 billion.

Here’s her thoughts on what to expect:

Will Kentucky Legalize Medical Marijuana By 2018?

Despite its traditionally staunch stance against anything cannabis, it appears  Kentucky could be on the verge of legalizing medical marijuana. According to Kentucky Secretary of State Alison Lundergan Grimes, medicinal cannabis could be available in the state as early as 2018.

Getting With The Times

Grimes, a big supporter of medical marijuana, will lead a task force geared to study and propose possible implementation and regulation processes of the plant.

“2018 is and must be the year when Kentucky finally steps up on medical marijuana,” Grimes said in a statement.” We have to get this done to help Kentuckians who are hurting.”

State Rep. John Sims, who will co-chair the task force alongside Grimes, thinks Kentucky is behind the eight-ball in terms of medical marijuana, but it’s not too late for the state to act.

Pot initiatives: Predicting the next 15 states to legalize marijuana

A record high 64% of Americans support legalizing marijuana for recreational use, according to a 2017 Gallup Poll. Support for legalization is rooted in changing perceptions of the drug’s potential harm, as well as the prospect of hundreds of millions of dollars in marijuana sales and excise tax revenue for state governments.

The growing acceptance of marijuana among Americans has also been reflected in the ballot box. Currently, eight states and Washington, D.C., have legalized recreational marijuana. The eight states are Alaska, California, Colorado, Massachusetts, Maine,  Nevada, Oregon and Washington.

Pro-pot initiatives passed in eight of the nine states in which they made it to the ballot in November 2016. Voters in Arkansas, Florida, Montana and North Dakota approved or expanded medical marijuana laws in their states. In Maine, Massachusetts, Nevada and California, voters approved recreational pot. Only Arizona’s push for full legalization failed.

NASHVILLE, Tenn.- A joint committee met yesterday to debate medical marijuana legislation that would start an appointed commission to oversee regulations. One chairman of the committee, Rep. Jeremy Faison, introduced the proposal and advised that the bill would be the "strictest medical cannabis bills in America, but that's fine with me because I want the people who need it most to have it." He added that Tennessee is already one of the country’s top five states growing weed, and the state should have tax revenue for something that is already happening.

Faison believes that legalizing cannabis would also create between 50 to 100 jobs for every new cultivation facility. He also says that the current allowable amount of legal cannabis oil for sick children, which is .03 percent, is not strong enough for kids that have severe illnesses. The politician also said that people with sick children shouldn’t have to take their children to another state for treatment.