Warning: date(): It is not safe to rely on the system's timezone settings. You are *required* to use the date.timezone setting or the date_default_timezone_set() function. In case you used any of those methods and you are still getting this warning, you most likely misspelled the timezone identifier. We selected the timezone 'UTC' for now, but please set date.timezone to select your timezone. in /home/thcfinder.com/public_html/includes/functions.php on line 98
 Time to Legalize Cannabis | Legalization Marijuana Blog | THC Finder - THC Finder 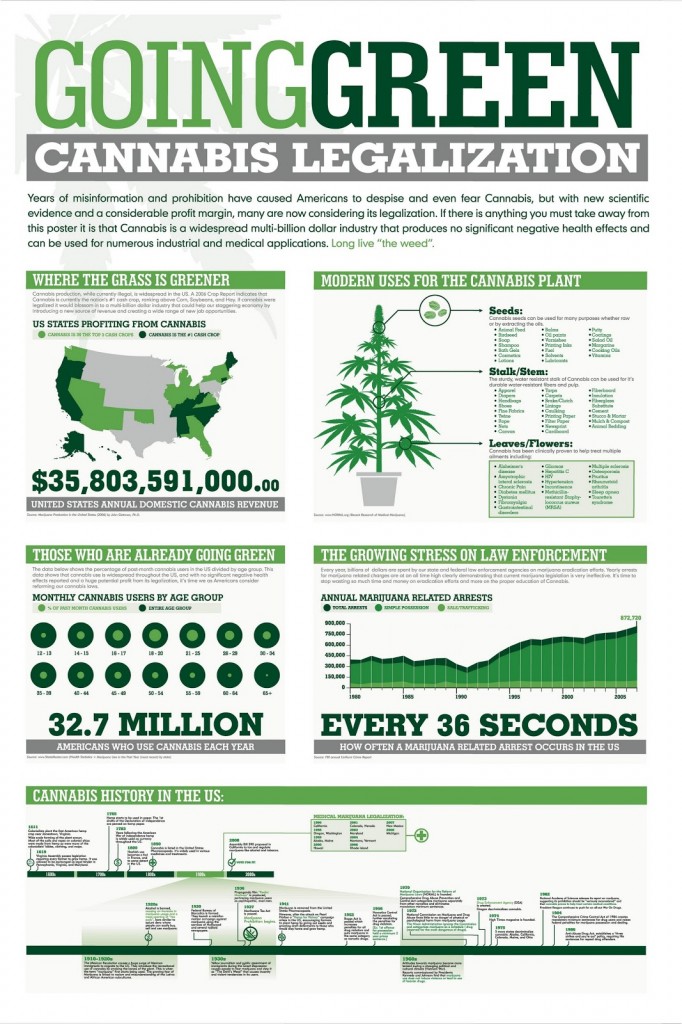 In the famous words of Peter Tosh, “legalize it, don’t criticize it, legalize it and I will advertise it.”

The marijuana industry is one that is becoming undeniably profitable and marketable. As activists and anti-prohibition legislatures have been doing their best to decriminalize our beloved cannabis plant, the war on drugs might be finally making some positive changes within the next decade, or so we hope. The many medical and industrial applications are enough to change the world. In 2006, a statement was released that marijuana is the number one cash crop above soybeans, hay and corn. The United States annual domestic cannabis revenue is $36,803,591,000.00. In addition to the amount of money cannabis rakes in every year, it is a plant that can be completely utilized, stalk, leaf, flower, and seed. The stalk is where the fibrous material of hemp is extracted and can be used for apparel, rope, canvas, paper, insulation, mulch and many other products. The leaves and flowers are where the majority of the THC is held and are generally used for consumption, recreationally and medicinally, through smoking, vaporizing, oils, and butter, just to name a few. The seed is probably one of the most diverse parts of the cannabis plant. Aside from the obvious function of procreation, the seeds can be used to produce animal feed and birdseed, soap, hair product, lotions, cosmetics, balms, varnishes, ink, fuel, solvents, lubricants, putty, cooking oils, vitamins and many other various types of helpful items.

In a statement issued in 2012, studies have shown that the United States is populated by almost 313 million people. Of that population, 10% or 32.7 million people, have been reported as using cannabis regularly. The true number is likely more than 10%. Every 36 seconds, a marijuana related arrest occurs in the United States and billions of dollars are wasted every year on these incarcerations as well as these arrests. With all of these statistics and figures being thrown at us almost daily from both sides of the war, it is not surprising that many just choose to remain apathetic and simply hope for the best. This approach has gotten us nowhere fast. If you are a cannabis user and believe in the magic of marijuana, then get up, stand up and don’t give up the fight.