Warning: date(): It is not safe to rely on the system's timezone settings. You are *required* to use the date.timezone setting or the date_default_timezone_set() function. In case you used any of those methods and you are still getting this warning, you most likely misspelled the timezone identifier. We selected the timezone 'UTC' for now, but please set date.timezone to select your timezone. in /home/thcfinder.com/public_html/includes/functions.php on line 98
 Pecan Pot Snacks | Recipes Marijuana Blog | THC Finder - Dispensaries THC Finder 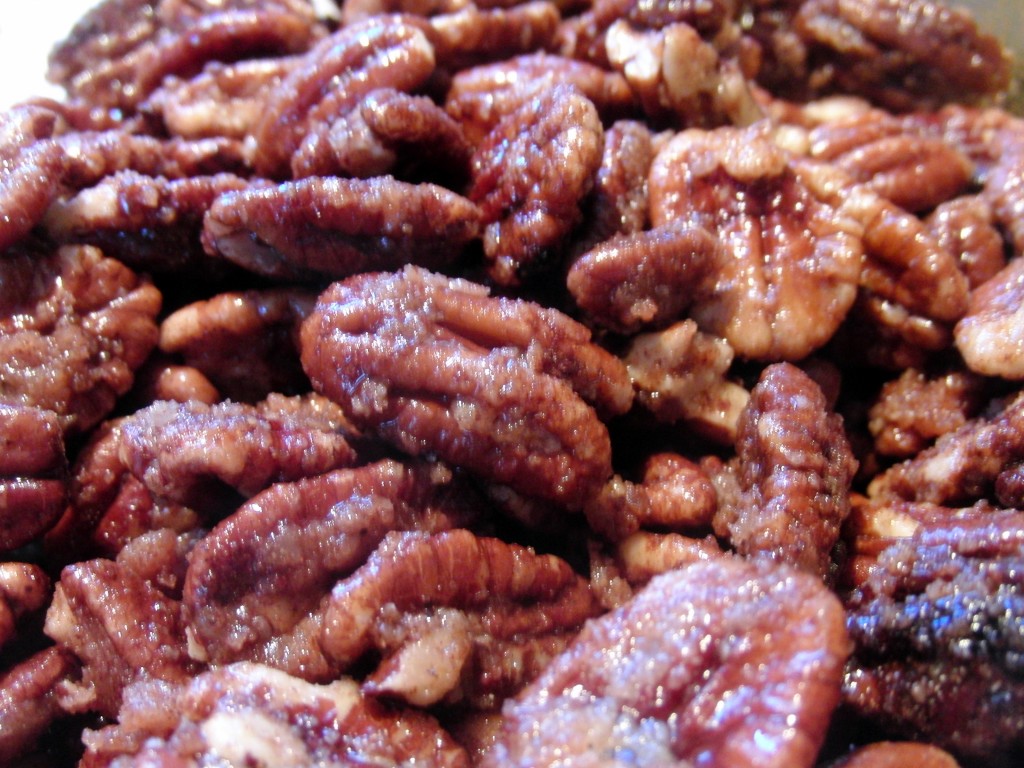 These snacks are super simple to make, making them a great choice for the beginning marijuana chef. They're quick too, which makes them a good choice for those who want a pot snack in a hurry. What's even better is that these snacks can also be saved and munched on for later. Trust me, with a recipe as simple as this one, there's no way you won't enjoy these pecan pot snacks!
What You'll Need;
1/3 cup semi-sweet chocolate chips
1 teaspoon vanilla extract
4 ounces light cream cheese
¼ teaspoon salt
1 cup all-purpose flour
5 tablespoons of cannabutter, softened
1 tablespoon of melted cannabutter
2/3 cup chopped pecans
¾ cup light brown sugar
1 tablespoon powdered sugar
1 large egg
Preheat the oven to 325 degrees. Take a 24 cup mini muffin pan and grease it well. Soften the butter and the cream cheese and add them to a large mixing bowl, churning them together by hand until they are smooth (you can use an electric mixer if you don't want to do it by hand). Pour in the flour and the powdered sugar a little bit at a time, being sure to blend in the small amounts before adding more. When everything is blended smoothly, add in 1/8 teaspoon of salt to the dough mix and work it with your hands to form a smooth ball.
Use some flour to cove a flat work surface and use a floured rolling pin to roll the dough out in to a circle, like a pizza. It should be about 1/8th of an inch thick. Using a knife, cut the dough in to 24 squares. Take the trimmings from the edges and set them aside for later. Turn each square in to a small ball and then flatten it back in to a circular flat disc. Flatten these small dough discs in to the muffin cups. If you don't have enough squares, take some of the dough from your leftover trimmings and use that. Put the tray in the fridge.
Take the egg, melted cannabutter, remaining salt, brown sugar, chocolate, and vanilla and mix them together in a bowl until they're well combined. Take half of the pecan pieces that you have and toss them in the muffin cups. Then, pour the sugar mixture over the pecans, topping them off with the rest of the pecans. Put the tray in the oven for about 20 minutes. Let the treats cool for 5 minutes before taking a knife and cutting them out slowly with a knife. Let the snacks cool on a wire rack and store them in an airtight container! Enjoy!
Comments