Category: Medical Marijuana | Posted on Sun, May, 21st 2017 by THCFinder

As more states legalize cannabis with both medical and recreational/adult-use legislation, the topic of using marijuana to treat drug addiction seems to come up more and more.  We recently posted an article about how cannabis could be the cure to opioid addiction, and I have spoken with many people personally who have used cannabis in some form to help wean themselves off of their opioid addiction or other drugs.

As discussed in that article, a number of respected science and medical journals, have undertaken medical marijuana studies in recent months and years. While the information is preliminary, all of these reports and studies lay an important foundation to push for more studies and information regarding the possible therapeutic use and benefits of cannabis for a variety of reasons, and particularly opioid addiction.

Category: Medical Marijuana | Posted on Sat, May, 20th 2017 by THCFinder

Dr. Sue Sisley, a psychiatrist and former clinical assistant professor at Arizona University (AU), is one of the nation’s foremost scientific experts on medical marijuana.

Although she’s never served in the military Sisley, wears or carries a dog tag stamped with the number “22,” as a constant reminder of how many American vets commit suicide each day—most suffering from post-traumatic stress disorder, according to data from the Department of Veterans Affairs.

“Even though we all realize that is a falsely low number… it is a horrific number,” Sisley told NewsMax Health, noting that veteran suicides far outnumber the national civilian average.

After leaving AU, where she received her medical degree, Sisley finally received approval from the government to study cannabis for PTSD.

Now she has joined forces with a U.S. veteran, Roberto Pickering, a former infantry Marine who was diagnosed as 100 percent disabled from PTSD in 2004.

The Promise of Medical Marijuana for Opioid Addiction

Category: Medical Marijuana | Posted on Thu, May, 18th 2017 by THCFinder

Opioid addiction is a real epidemic in our nation, with the numbers growing every year. We hear about the heroin addiction tragedies every day on the news, but addiction to prescription opioid painkillers is an equally large problem, destroying thousands of lives every day. In light of this serious problem, more and more medical professionals are turning towards a potentially untapped resource in treating those suffering from these addictions: marijuana.

As cannabis becomes decriminalized and even legalized for medical purposes in states across the nation, scientists are exploring its possible use to treat the addiction epidemic. Explore the potential for medical marijuana as a possible treatment for opioid addiction, and what the future of cannabis may be, in health and medicine.

Pot vs. Pills: Will Cannabis Help End the Opioid-Abuse Epidemic?

Category: Medical Marijuana | Posted on Mon, May, 15th 2017 by THCFinder

With the election of Donald Trump and Republican majorities in Congress, the GOP has vowed to move forward with its longtime pledge to undo the Affordable Care Act. While it remains to be seen what approach the Republicans will take to replace the ACA, overhauling the country’s health-care system presents a timely opportunity to address an epidemic gripping the nation: the explosive growth in opioid addiction and abuse.

The numbers are staggering. The total number of opioid pain relievers prescribed in the United States jumped from 76 million in 1991 to 207 million in 2013. In that time, Americans accounted for nearly 100 percent of the hydrocodone sales in the world and 81 percent of oxycodone sales. This explosive growth in opioid use has resulted in a surge of opioid-related deaths. In 2015, opioids were involved in 33,091 deaths, a fourfold increase since 1999 that accounted for 63 percent of all drug-related deaths. As a result of this increase, drug-related deaths for the first time exceeded the number of deaths from car crashes in the United States.

Category: Medical Marijuana | Posted on Fri, May, 5th 2017 by THCFinder 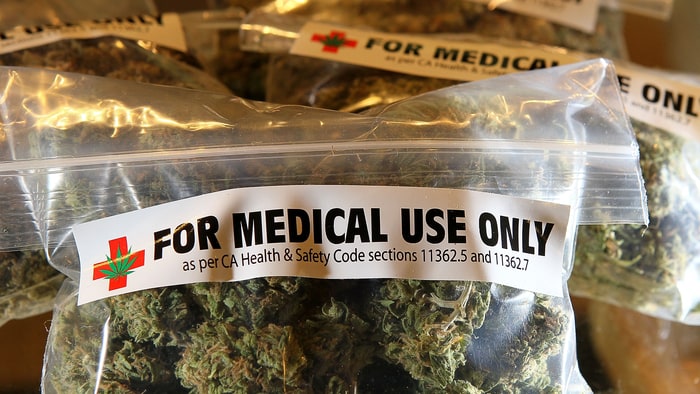 Attorney General Jeff Sessions is the bogey man to many in the nation's burgeoning marijuana industry. Many pot entrepreneurs fear that the nation's top law enforcement officer – who once said "good people don't smoke pot" – will use the full force of the federal government to raid their businesses, even though the majority of U.S. voters support legal or recreational marijuana.

But this week, medicinal marijuana business owners and patients are breathing a sigh of relief: The compromise bill to fund the government through September includes an extension of a provision that keeps Sessions' hands tied by explicitly barring the Department of Justice from using its resources to go after marijuana growers, sellers and users in the more than two dozen states, plus D.C., that have legalized medical marijuana – though, inexplicably, North Dakota and Indiana were left out (possibly because of a clerical error).

Category: Medical Marijuana | Posted on Wed, May, 3rd 2017 by THCFinder

On Friday, Mexico’s lower-house Chamber of Deputies approved a bill to allow use, production and distribution of cannabis for medical and scientific purposes. The vote was an overwhelming 371 in favor and seven against with 11 abstentions.

The legislation was already approved by the Mexican Senate in December and now goes to the desk of President Enrique Peña Nieto for his signature. The passage follows a national debate on the question in the media and various social forums across the country.

The text of the bill calls on the Secretary of Health to develop a regulatory framework for medical use of cannabis, while effectively freeing products that contain CBD but less than one percent THC from government control.

A family in Mexico’s northern industrial hub of Monterrey became a symbol of the medical marijuana fight last year when the parents of a young epileptic girl won a court battle to import CBD oil to ease her daily seizures. The girl’s father, Raúl Elizalde, told AFP that the legislation represents “great progress.”