Warning: date(): It is not safe to rely on the system's timezone settings. You are *required* to use the date.timezone setting or the date_default_timezone_set() function. In case you used any of those methods and you are still getting this warning, you most likely misspelled the timezone identifier. We selected the timezone 'UTC' for now, but please set date.timezone to select your timezone. in /home/thcfinder.com/public_html/includes/functions.php on line 98
 Search uncovers pre-signed marijuana forms | Medical Marijuana THC Finder

MISSOULA, Mont. (AP) - A search of the offices of an outspoken medical marijuana provider turned up 729 medical marijuana recommendation forms apparently signed by physicians with no patient information filled in, a newspaper reported Wednesday. 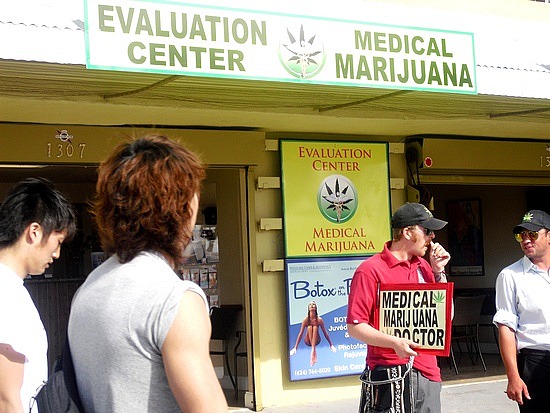 Several former employees of the Montana Caregivers Network have told police that pot provider Jason Christ kept pre-signed forms, and that information was used to obtain a warrant, the Missoulian said.

"Christ stated he has physicians sign otherwise blank attending physician statement-new application forms and he keeps them in a locked cabinet in his office to be filled out by approved medical marijuana applicants," the search warrant documents said, citing a Sept. 17 police interview of Christ.

The records also said a documents examiner told investigators that four forms obtained by subpoenaing the Department of Public Health and Human Services contained the name of one doctor but appeared to have been signed by four different people.

Christ did not answer a telephone call Wednesday seeking comment from The Associated Press.

Police also seized a laptop, two external drives, bank records and other documents during the Nov. 18 search of the Montana Caregivers Network offices.

The network has been at the forefront of the Montana medical marijuana issue, with its high-profile traveling screening clinics as well as for arranging video conferences between physicians and patients seeking medical marijuana cards.

Christ's former bookkeeper, Anita Corrigan, told police in March that the business had stacks of blank, pre-signed physician statements. In June, another former employee, Susan Boykin, said she saw at least 1,000 such forms. Both Boykin and Corrigan had been fired by Christ.

Information from three other former Christ employees — Nicole Harrington, Tiffany Klang and John Phillips — also was cited in the application for the search warrant.

A lawsuit filed against Christ in August by Harrington, Klang and Phillips alleged that in January, Christ started requiring out-of-state physicians working with the network to sign blank certifications for medical marijuana cards that would later be filled in by network staff after the doctors met with patients via video conferences.

Christ has declined comment on the lawsuit, other than to say the opposing attorney has an interest in other medical marijuana businesses.

The plaintiffs said that in June, Christ ordered them to fill out and send to the state pre-signed certifications with the names of 84 people who had been rejected for a card after seeing physicians at Montana Caregiver Network events in Kalispell, Helena and Missoula.

A copy of an e-mail directive detailing the order was attached to the lawsuit.