Warning: date(): It is not safe to rely on the system's timezone settings. You are *required* to use the date.timezone setting or the date_default_timezone_set() function. In case you used any of those methods and you are still getting this warning, you most likely misspelled the timezone identifier. We selected the timezone 'UTC' for now, but please set date.timezone to select your timezone. in /home/thcfinder.com/public_html/includes/functions.php on line 98
 High Without The Smoke | News Marijuana Blog | THC Finder - THC Finder

High Without The Smoke

A Colorado soda company has developed a brand new line of sodas that have an unusual ingredient yes that’s right you guessed it, its marijuana. The brand is called “Dixie Elixir” and they have made their drinks available to anyone with a prescription for medical marijuana and of course who doesn’t enjoy the smoke.


The “Dixie Elixir” drinks come in a variety of different flavors ranging from pink lemonade, root beer and grape. But if the company really wants to get their drinks into the hands of marijuana lovers, they may want to start concocting a pizza and nachos flavor. But marijuana is only legal to consume in 14 states with a prescription from a doctor. So, unless you are one of the approximately half a million people who is a medical marijuana patient, this pot-infused soda won't do you much good. 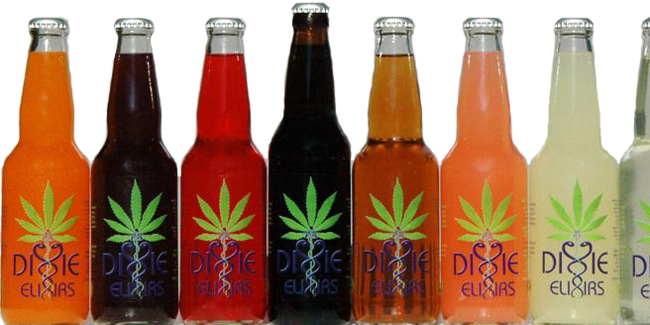 It's an open secret that you can smoke marijuana and still be a valuable part of society. But when you think of smoking weed, you're more likely to think of Cheech and Chong than the people running the United States government Even though at least two U.S. presidents have admitted smoking it. The drink makers say part of the reason they developed their line of mary-jane drinks was to remove that "reefer madness" stigma associated with marijuana smokers.