Warning: date(): It is not safe to rely on the system's timezone settings. You are *required* to use the date.timezone setting or the date_default_timezone_set() function. In case you used any of those methods and you are still getting this warning, you most likely misspelled the timezone identifier. We selected the timezone 'UTC' for now, but please set date.timezone to select your timezone. in /home/thcfinder.com/public_html/includes/functions.php on line 98
 Iowa's Johnson-Koulianos Appears On Drug Charges | News Marijuana Blog THC Finder

Standout Iowa receiver Derrell Johnson Koulianos made his court appearance on Wednesday on drug charges that have shocked Hawkeye fans and left his future in doubt. Johnson Koulianos, Iowa's leading receiver and a fan favourite is not accused of dealing drugs. But he is charged with allowing drugs to be used  and likely sold from his home in a quiet neighbourhood several blocks from campus, and with possession of small amounts of cocaine and marijuana. Police say he tested positive and admitted to using both. 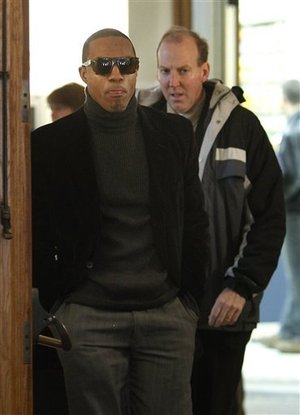 Decked out in big glasses and sports jacket over a turtleneck, Johnson Koulianos smiled for photographers as he entered the Johnson County courtroom. He stood with his hands behind his back as Judge Stephen Gerard read the seven charges against him and the potential jail time of up to 7 and a half years and fines he faces. He waived his right to a preliminary hearing and an arraignment date was not scheduled. He walked out of the courthouse without commenting and left in a car driven by defence attorney John Beasley, who also declined comment.

The 23 year old receiver and his roommate, 21 year old Brady Cooper Johnson, were charged on Tuesday after police officers raided their Iowa City home. Johnson Koulianos was released after posting $8,000 bond. Johnson made his initial appearance by video from the jail, where he was later released on $14,500 bond. The two are not related.