Warning: date(): It is not safe to rely on the system's timezone settings. You are *required* to use the date.timezone setting or the date_default_timezone_set() function. In case you used any of those methods and you are still getting this warning, you most likely misspelled the timezone identifier. We selected the timezone 'UTC' for now, but please set date.timezone to select your timezone. in /home/thcfinder.com/public_html/includes/functions.php on line 98
 Portland Cops Bust $3.1M Pot Ring | News Marijuana Blog | THC Finder - THC Finder

Six men have been arrested on drug charges following an investigation that started earlier this year that looked into sophisticated marijuana grow and distribution. Search warrants were served Tuesday and Wednesday at 13 homes, Police said grow operations were set up in a number of homes, in some cases electricity being directly siphoned from power lines to lights, transformers and filtration systems. 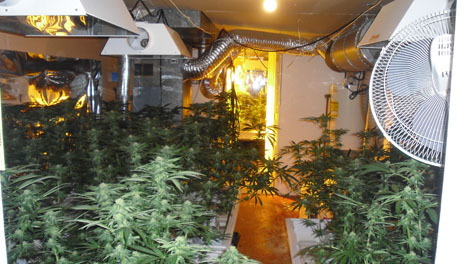 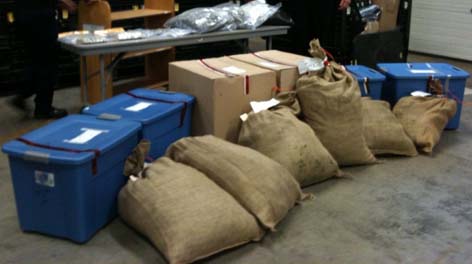 "Many of these 'grow houses' were specifically renovated to accommodate large-scale marijuana grows and many were not occupied by any residents," police said in a prepared statement. "This (drug operation) was a highly organized group of people and the operation was highly profitable."